Due to the fact that I’m going to a Steel Panther concert tongiht, I decided to spend last night making sure that I have enough materials ready for manufacturing on Thursday. I made sure that I wouldn’t have to worry about the queues until then.
Or at least I hope I did. As most of you that have been reading my blog may know, I’m not that good at planning.
I tend to forget one thing or the other every single time I go about my production runs. You’d think that after failing at bringing everything with you that I’d have learned. But you would be wrong.
Next to my production planning I installed EvEMon again and made a queue for both my industrial character and combat character. Due to me not knowing what to do with the industrialist for now, I’m training her to become an Ishtar pilot. It’s one of the many ships that I’ve always enjoyed watching and that I still can’t fly. Thus she’s learning right now.
According to the plan it would take about 50 days before she can fly it and use the correct drones. I’m hoping on shorting that a bit.
Giving her the ability to fly a combat ship is not without reason though. There’s a deeper meaning than just wanting to fly an Ishtar.
Due to the fact that I tend to mostly create T2’s I decided that it was high time for my industry alt to start using research agents herself. I know, I know, you’re thinking: “Why haven’t you done that already?!”
Pure laziness really, but I’m on my way to changing that. This is part of my ‘Get a bit more efficient’ plan.
It’s a small step, but I’ll get there… Eventually. 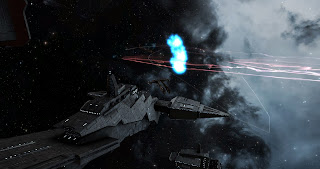 Pew Pew
Stay tuned o7
A few days ago I decided to take my invention running down a few notches. The past few weeks I’ve been inventing non-stop. Every time the 10 jobs I could run were completed, I started another batch. Which means that right now I’m sitting on a whole bunch of T2 bpc’s.
I decided that it was time to finish manufacturing all of them and calculated that this will take me two or three weeks. In that time I will not be inventing as much as I’m used to, but still try and make sure to upgrade my research jobs.
Instead of putting multiple manufacturing jobs a day, I went to a few two day jobs. This is because of the fact that due to my new work I have a lot less online time than I had the past few months, couple that with the missus and you get the picture.
What does this all mean in general? Well, easy, that I haven’t been able to play as much as I would like to, but, I have been planning. But a plan only goes as far as first contact.
As most of us know, once we try to put the plan in action, other things come around the corner to screw with you.
I use EvEMon, I bet a lot of us do, and I have a plan on there for my industrial character. The only problem right now is, I have forgotten why all of those skills are in the plan. I know what they do, and why they would be good to have, but I just haven’t got a clue why I put them on that character. What was I going for you ask? Well it seems like I was skilling up on exploration skills.
But I can’t for the life of me know why… This character has zero, absolutely zero combat skills, so in order to do sites and not get her ass kicked too hard, I’d need to train in at least a few offensive ones…Right? Or am I wrong? I know absolutely nothing about exploration, the only exploring I’ve done is once with a friend of mine (who did most of the work I just came in to clean it up) and during the tutorials.
I guess that’s why I wanted to train it.. Juicy, juicy loot 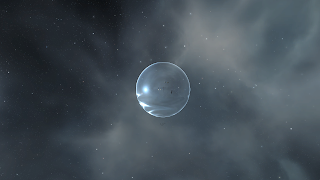