It’s been a week now since I started the new character. This character was created with two goals in mind. Having a third character to fly a Rattlesnake with for when I finally decide to do C5 sites. And flying a Dread.

In order to make it a little easier on myself I bought 10 skill injectors and injected them in the character. Giving him 5 million unallocated skill points. I have only used part of them right now to get his cybernetics to lvl 4. This so I could put +4’s in him. I am still unsure if getting +5’s would be worth the cost. Seeing that they cost about 80-90m more per implant than a +4, so for now I’m leaving it at that.

I did the new opportunities on this character and also did two of the advanced career agents. Namely the military and advanced military one. I actually liked it. But I used to run level 4 missions all the time so I guess this is partly nostalgia for me. After finishing them he was brought in Jita, due to my general laziness I tend to buy everything I need in Jita.

Having an actual plan for my skills on one of my character is fun. I don’t really do much planning, both my other combat alts and my indy alt have no plan. I randomly put skills in their queue and hope they’ll be useful in the future. E’dyn is currently training JDC V aftering having finally finishing logistic cruisers V. Unfortunately Jump Drive Calibration is a skill that takes about 40 days to get it from IV to V. So this will take a while.

With the skill plan I have for the new character his first goal is to fly a rattlesnake asap with the fit I use. In theory this will finishing in about 30 days. After that he will start training into a Naglfar. It’s not that I have a Naglfar right now, or have an actual plan to put one somewhere, it’s just nice to have the option. Due to living in a C2 the only way to fly one in the wormhole is to build one in it. Which I might do eventually, we’ll see.

My other alt is also training a few more skills for the Rattlesnake, after that I had Astrometric Rangefinding and other scanning skills ready in her queue. I might decide on changing that. She’s my go to scanner for the chain but I’m not sure if it’s that much better to have those skills at lvl V.

I’ll need to check that out.

“Dear CCP, I want a Space-Pony and a Space-Puppy and a….
If CCP was Santa and you could ask for anything (in-game obviously) what would it be? A new type of ship that is tailored to your game-play? A change to mechanics? A battleship mini-doomsday weapon? Proper hats for your avatar? Opening of that bloody door? There are so many different options depending on what you do and what you want to get out of Eve Online. What would you like to see in your virtual Christmas stocking from CCP?

Welcome to the continuing monthly EVE Blog Banters and our 70th edition! For more details about what the blog banters are please visit the Blog Banter page.”

When looking at the question of the latest Blog Banter it made me realize that there’s not really anything I want from CCP. Mostly because I haven’t been active enough to know what could be missing. I still don’t know what Citadels are going to be! I should probably read up on this.

Sure I could ask for ISK, or the ability to train my secondary characters cheaper than a PLEX (because these things have gotten expensive!) But those are things that I could do with a bit of effort.

So I’m not asking for anything virtual that CCP can give me, but for something different. I wish, I can finally find that one place to call home within the EvE universe. A group of people I can have fun with.

Bomber’s bar is one such group but unfortunately that only happens when on roams, the rest of the time I’m just sitting around spinning my ship or moving back and forth between my manufacturing system and Jita.

“Dear Santa, please make sure I make more of an effort to be an active part of any community… Oh, and get me some more ISK”

That should do it, don’t you think?

The fact that I’ve been talking a bit more to random people the past few days is a good sign for more to come, so hopefully, I’ll finally be able to settle somewhere.

I’ve had a busy week behind me. Haven’t been able to do much on EvE. My employer sent me on a Microsoft training (Hyper-V and System Center Virtual Machine Manager) and I’ve spent most of my free time playing around in my own server environment.
Next to that I decided to drastically change my complete home experience by going from Windows 7 to Windows 8. And I did that by formatting my computer, I made back-ups of my important files but everything else went *poof*.
Most of my Friday night was spent trying to figure out how Windows 8 works and downloading the EvE Client again. I also needed to reinstall EvEmon and after doing that I smacked myself in the head for not saving my plans. Good thing I wasn’t following them anyhow.
I’m sure this is something more people do, you create a whole plan in EvEmon for you to follow, you think along the lines of: “This is the path I’m going to go on” and then once it’s time to finally update your queue.. You don’t do it, you just put something else in there, making sure that all the time you spent figuring out the best way to train, was futile.
Or I could be the only one. My training is nowhere near as efficient as it could be, I don’t have my attributes set right, and I definitely don’t have a 1 year plan to use said attributes with. I should do it but the main problem I have is that I have absolutely no idea what I want my characters to train. I just swing it and do something I might enjoy.
For example; because I have no idea what to train on my industry alt, I am currently training her to be able to fly an Ishtar, which would take about 38 days before she can even get in one. She has absolutely no combat skills whatsoever and I just decided to start her on that path. Is it smart? Probably not. Do I know what I could do with her instead? Nope.
Today I’m going to be updating my manufacturing queues and buying some things I need to do that. I’ve already spent the last hour putting up sell orders, turns out I forgot to do that too *woops*.
Next to that, it’s a very sunny day, so I’m going to be taking my motorcycle out for a spin, and spend an hour or so afterwards to clean that beast.
The evening will be spent on a roam, I can finally fly interceptors so it’ll be fun to be finally able to keep up with the guys and not be caught in a bubble.
Fun times will be had. Or at least I hope so.
Stay tuned o7
Please note; I have tried to make this blog somewhat comprehensive but when rereading it  I noticed that it seems like I go from one point to the next without finishing the previous. Let’s just blame this on me being sick and my medication, shall we? Good
The past week I’ve seen a lot of people try out EvE again. Friends of mine, people on forums I’m a member of.
And most of them have absolutely no idea what’s going on. It made me wonder, is this because of the fact that the tutorials aren’t that good. Or is it because in this day and age, people don’t actually read the instructions anymore. 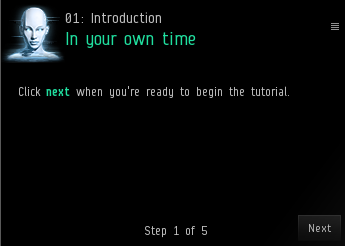 “Do I have to?”
The last time I’ve done the tutorials was over a year ago, I made a new character and decided to kill some time doing them. I can’t remember them being too hard to understand. But are they actually good enough to let someone understand what EvE is all about. Because in the end, the only thing that they do, is show you how to manufacture, how to start a mission and how to mine.
They’re great because you get a bunch of skills and starter ships for your adventure, but then you just get cast into the deep end, with no lifejacket and a basic idea of how swimming is supposed to work.
Which is why about 2 out of 3 people (might be more, this is just a random number I am making up so don’t use this against me) stop playing once they did the tutorials.
Good thing there are people out there that enjoy helping others out, showing them the way and answering questions. When someone asks me something about industry or whatever I do in the game, I try to answer the question in a comprehensible way. I fail from time to time but I’ve had people tell me that they understand the game better because of what I’m telling them. (Do not that I never state that what I tell them is actually the correct thing, I am in fact, a noob) “Oh, pretty lights”
It’s a shame though that so many stop playing because they don’t know what to do. Or because they’re waiting for that certain skill to finish training so that they can go out and have fun. Which is mostly the point where I tell them that they can have an equal amount of fun in a frigate as in a battleship. More so in fact due to the frigate being a lot quicker.
The problem for our newbros is the fact that they have no idea what they can do. I explain them what I do in the game and tell them that I can help them if they want to go that certain route. But there are so many options to go to, that it can be a bit too much.
Places like E-Uni are nice, but what happens when a newbie doesn’t want to be part of such a big corporation, what happens when he wants to do null but has no idea what the consequences of these things are?
I remember starting EvE without a clue what I could do, I was training everything, because the tutorials never did explain to me that sooner or later, I will regret spending time in training a skill that I will not use.
Makes you wonder though, how can you make sure, that people don’t stop playing. You help them, but where is the line for helping them. You don’t want this to be too easy a game, but you still want more people joining you in your game.
So tell me; how do you do it?