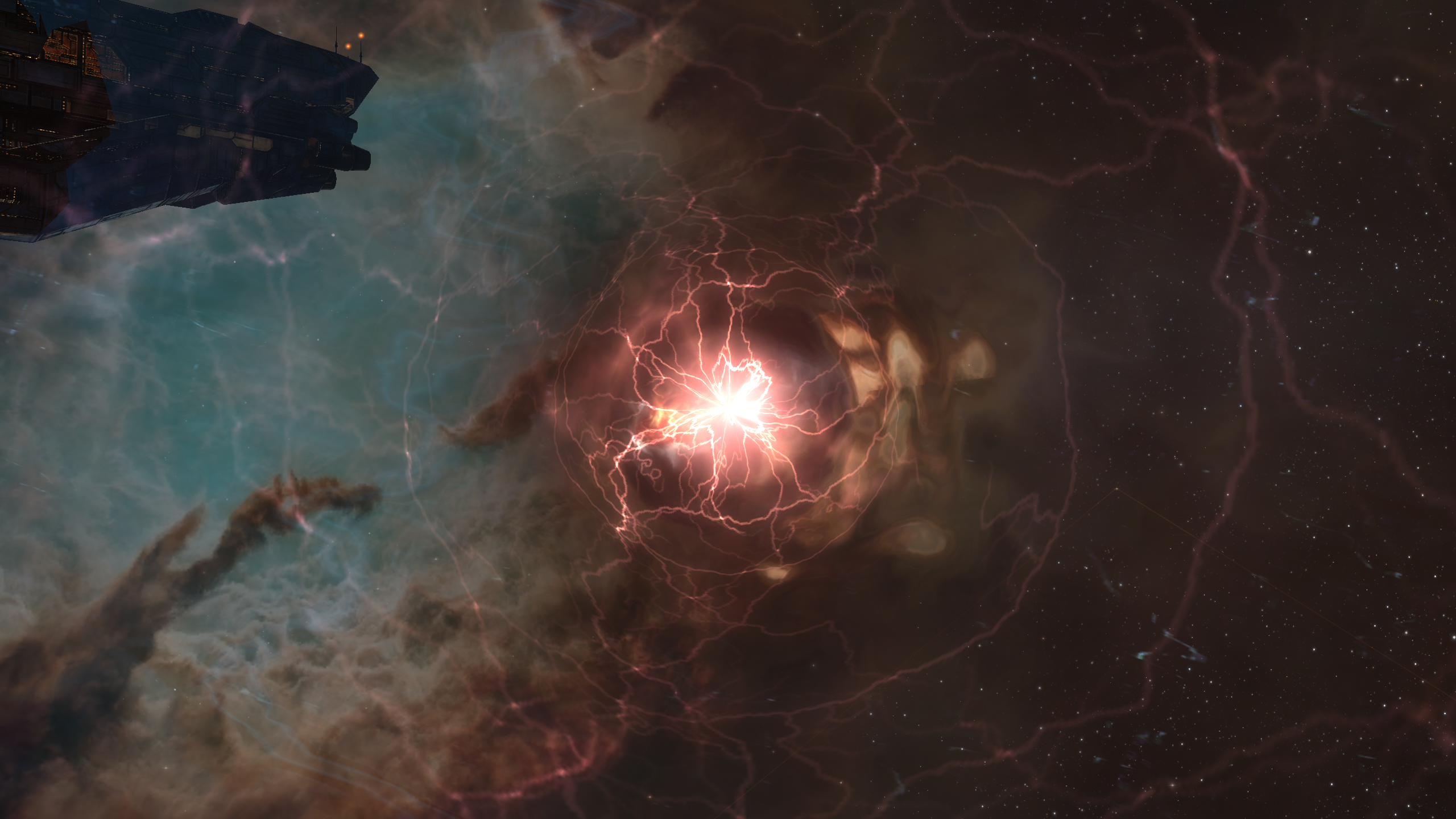 EVE is a pretty cut throat game for the most part. Some people will scam you if they can, others will steal all your stuff if you trust them just a little too much. And most people will happily shoot your ship to spice up their zKillboard stats.

And then there are those that from time to time, decide to nice towards their fellow EVE players, and make them smile.

Today that happened to me. To sketch the situation a bit; I was rolling our static C5 in search for a decent one to do some stuff in. In general that means pushing a Megathron through a few times, usually 5 passes with Microwarpdrive on will do the trick into collapsing the hole (MWD gives you about 100mill more mass on the battleship).

Basically 10 jumps back and forth. On number 6 it went half. Normally on jump number 9 it would go critical and you’d close it in coming back.
This time it went critical coming back. Me having my numbers near me, figured that meant that I’d have about 250 000 000 mass left on the hole, plenty for another normal pass with the ship and then come back to close it.

Stuck on the other side, a C5 that wasn’t scanned down, in a Megathron, fit with a probe launcher and normal probes.
Those of you who scan from time to time will know that it’s a huge pain in the ass to do so with normal probes, let alone from a battle ship.

But this C5 had a C3 static so I figured I might be able to scan that one down and then hopefully find a high-sec exit. There were six signatures to scan down, after doing two I was sick of it.
Two gas sites and that took me over ten minutes (this isn’t my scanning alt so his skills are even worse).

Seeing that I had the option to self-destruct or keep myself busy while grinding through the scanning part I decided to do “Mr. lonely” in local. Which got me a response from someone asking me why I was sitting there and if he could help me.

He told me he was sitting on a low sec exit and to invite him to fleet so I could get out of the hole. Due to the nature of the game I was a bit apprehensive about this but my only other option was to self-destruct.

So I took a leap of faith, invited the guy and warped to him. Him being true to his word, he was sitting on a low-sec exit.  I thanked him, gave him some ISK for his trouble (yay no scanning for me).
He then told me that if I wanted to he could bridge me to another low, closer to high-sec.
This guy already made part of my day by giving me an exit, I figured “Why not, if he jumps me with something at least I got some content out of it”

But nope, I had no reason whatsoever to be sceptical about his intentions.
Not only did he help me get out of the wormhole, in a system two jumps from where I was at, he logged in his Titan, and bridged me. One jump from highsec, 13 from Amarr. 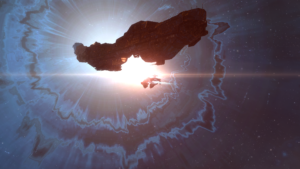 Bridging me in a Titan? Damn man you’re the best

This is literally the sixth time I’ve seen a Titan in the game and it was because I did something random, and someone decided to be nice.

Thank you for your random act of kindness man. 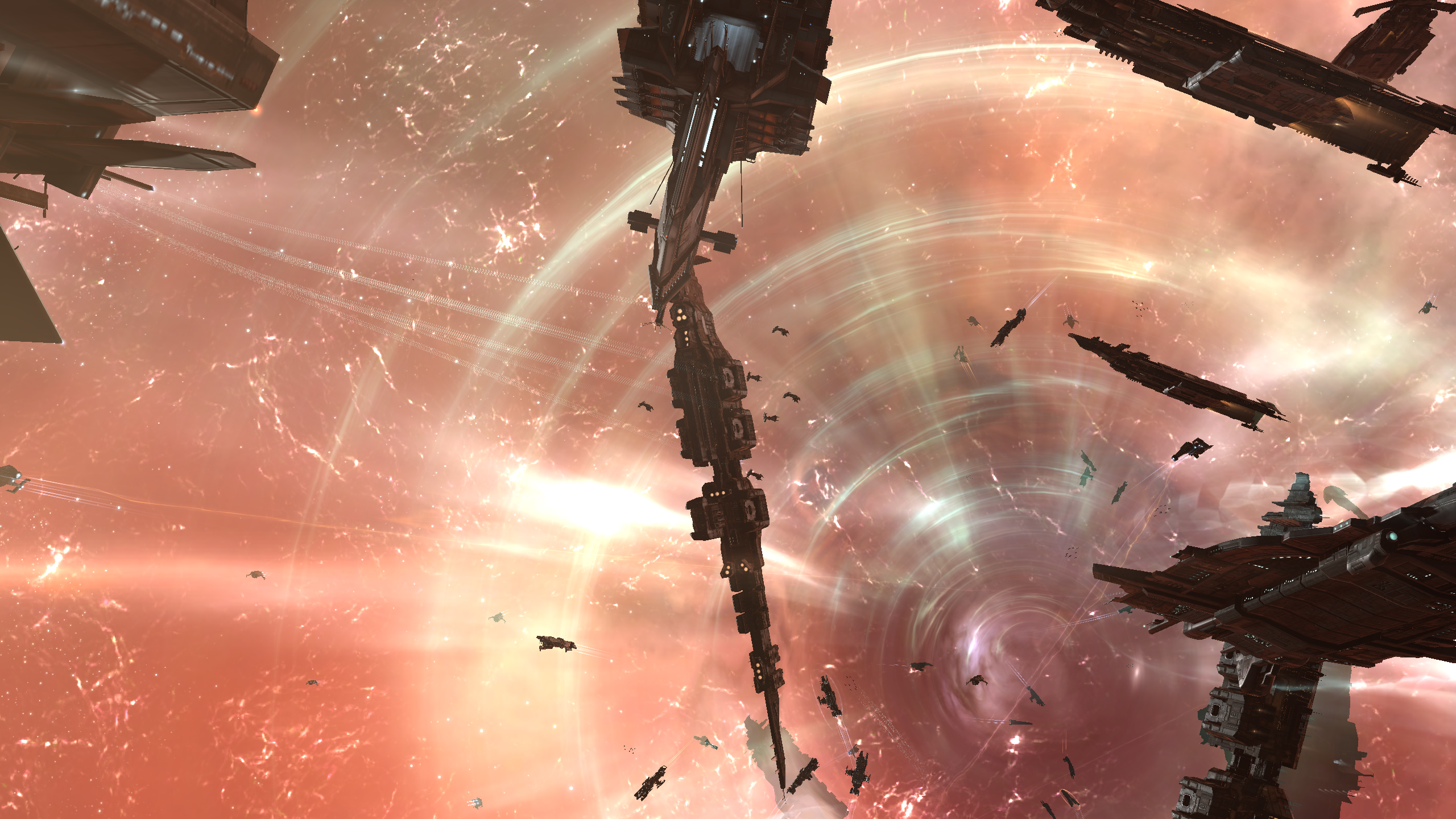 I can freely admit that I’m not the best player when it comes to EvE as a whole. I am at best “ok” in PvP, and when I do my trading I am well aware that I’m making stupid decisions from time to time.

This game can make you laugh and make you want to strangle whoever fucked something up in your fleet as you throw your headset down in frustration because it was once more the same person doing that to you.

That’s what’s so great about this game. I used to play other MMO’s, I still play World of Warcraft occasionally, and I have never felt the same string of emotions in any of them like I do in EVE.

And that’s because what you do in this game matters. Whether you’re the first tackle on a titan, or the person stocking a market (or crashing it) whatever you do, will have an effect on tens, if not hundreds of other players.
This is not something that happens in many other games. In general when playing another MMO it doesn’t really matter whether you’re there or not. They might care personally, but the game itself doesn’t get better or worse without you there. 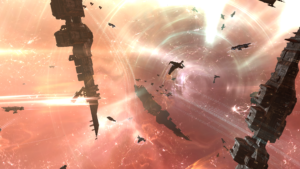 I need to get myself a Naglfar

The past few weeks has been spent trying to help some fellow wormholers defend their home against HardKnocks, scanning for new places to hunt in, doing some PvP both market PvP and otherwise. And trying to make ISK. 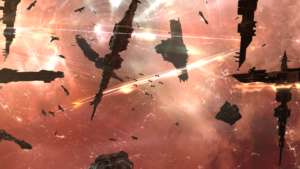 We failed saving them, but I have a few nice screenshots

A few days ago while scanning I was in a C2, there were a lot of signatures to scan down and I saw an Astero pop up on d-scan every few minutes. I didn’t really bother myself with him, figuring that he was going through all the wormholes, I was in an Astero myself so he was spending is time not much unlike I was spending mine.

I had one more sig to scan, a relic site, when it disappeared from my overview. This Astero was hacking relics. That was my cue to try and kill him at last, I already had everything bookmarked and it was time for some other kind of content. I warped to a relic at range, lo and behold, only half a minute after getting there the guy popped up on grid. Now, keep in mind, I had been scanning this wormhole for the past 10 minutes, he must have seen my probes. But I guess he thought he was safe, going to the cans slowly. I was on coms with two of my corpmates and asked them if they could bring in fast tackle. I had a scram on my astero but no point. So they brought sabres. I made them hold on the wormhole into the C2 while I figured out the best spot for them to warp to.

Turns out there was a small asteroid I could bookmark right next to one of the last three cans he’d go to. So I did. After having them jump the hole and hold cloak I told them to wait, right up until the guy started hacking the can. As soon as that happened I had them warp to the bookmark I had just made.

A minute and one dead Astero later I could go on my merry way into finding a highsec in our little chain.

Despite this being a fairly standard procedure, it still gave me the so called “PvP-shakes” not because I would die or anything, but because I didn’t want this guy to figure out I was stalking him. To suddenly warp off and leave us with no kill.

I have literally never had any of those feelings in another game. When you PvP in EVE, there’s a kind of adrenaline rush, whether you win or lose, there’s always the thrill of the hunt. 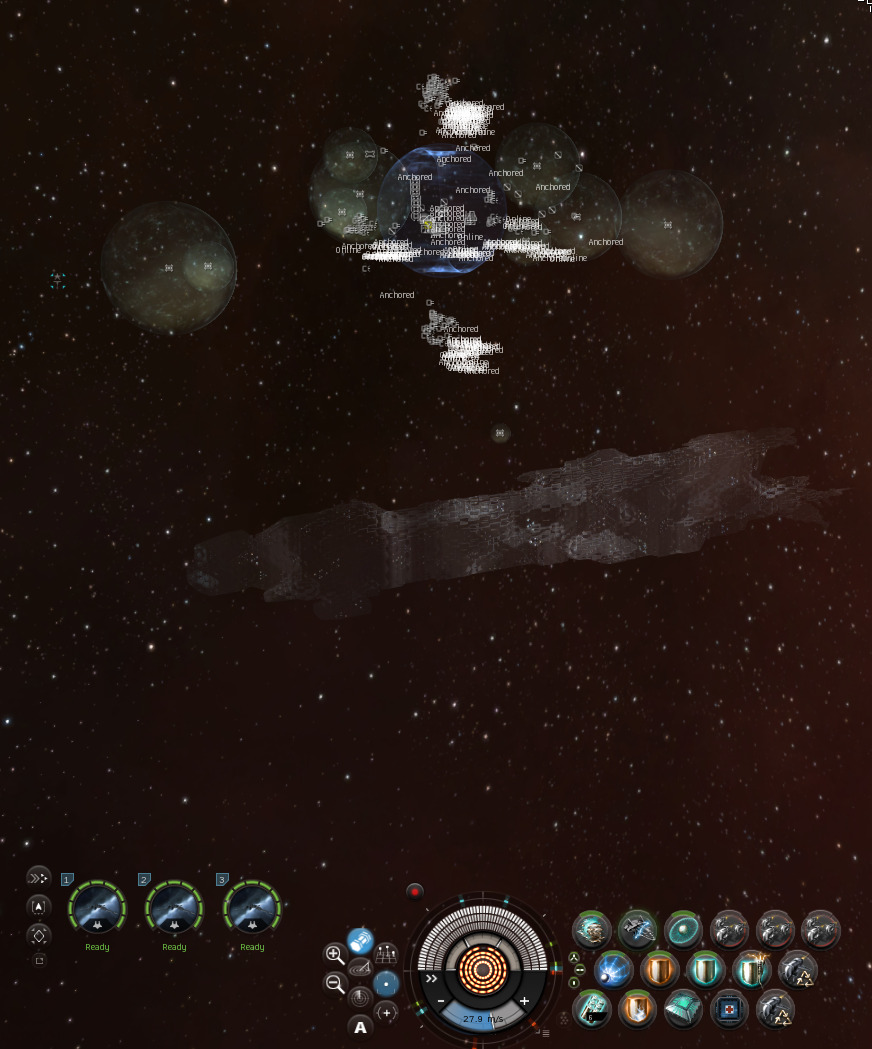 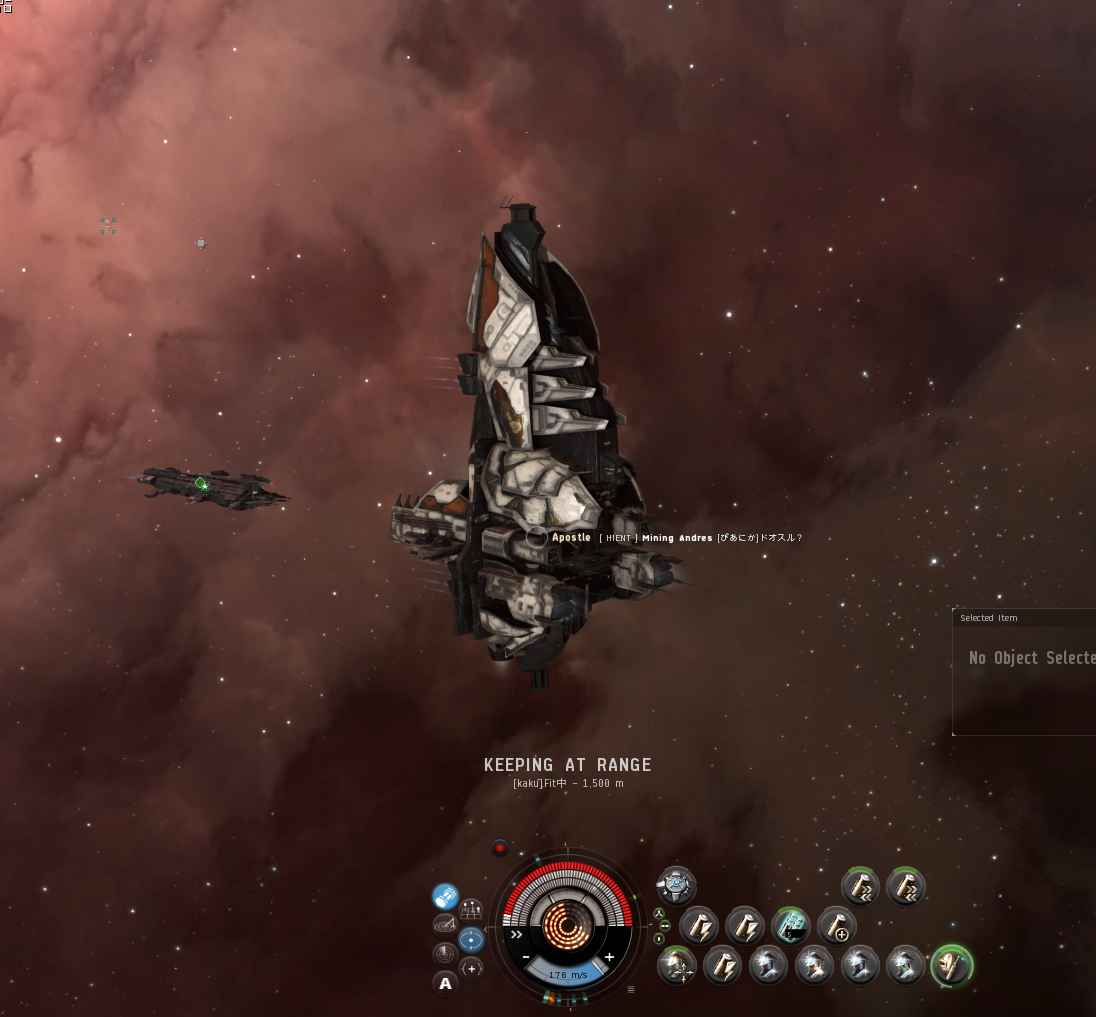 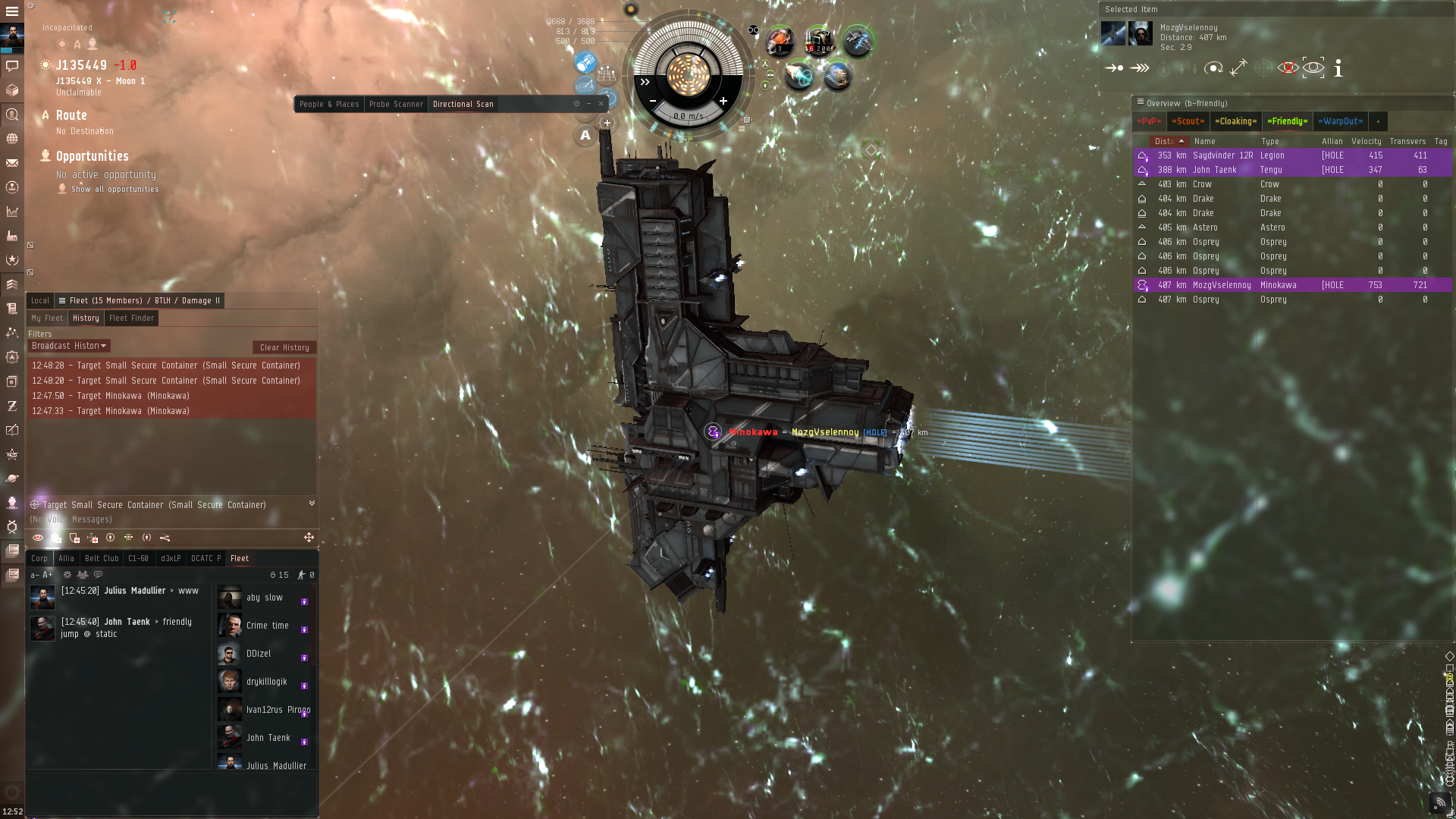 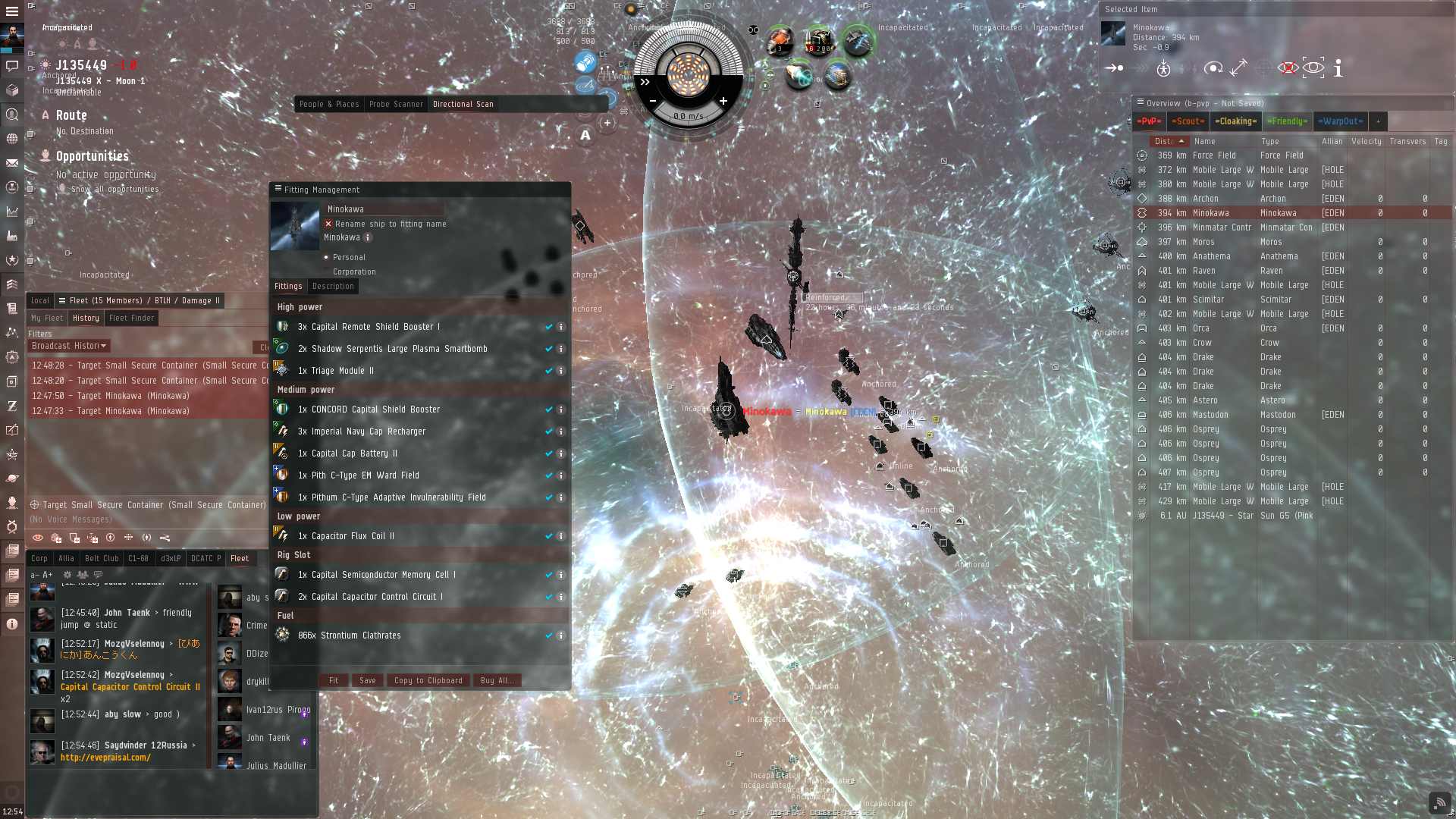