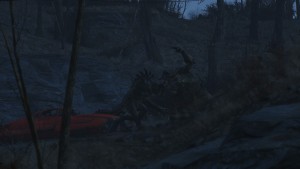 Well, it’s been a while since my last post. I would say that I’ve been busy but that would be a lie because I’m not.

I’m currently playing Elder Scrolls Online again. A co-worker of mine plays the game and seeing as I got bored with WoW once more, I decided to start ESO again.

In the past few weeks I’ve leveled up from Veteran 4 to Veteran 15, so I’m one level away from max, after which. Well I have no idea whatsoever what will happen then, I’m hoping my co-worker will help me out with that, but seeing that he has been doing that since I started again, that shouldn’t be a problem.

The game itself is pretty fun, quests are the same kind of get this, kill that quests as in any other MMO but I like the elder scrolls feel of it all, plus there’s so many books to read!

In a few weeks it’ll be time for a few new games, the biggest one I’m anticipating is Fallout 4. I’ve got my pre-order ready, and around the same time my steam controller will arrive too.