As most of you who read my stuff on a more regular basis might know, I enjoy joining the occasional Bomber Bar fleet. Not only because of the fact that it gives me something to do, but also because I just love stealthy ops. I adore my bombers.

Yesterday, we (corp mate and I) didn’t have much action in our womrhole so we decided to join a Bomber’s Bar Wolf Pack operation. We met up a few jumps from Jita, and waited for a staging system in which we’d basically be doing a few bombing runs etc.

This system was 93PI-4, also known as Goonswarm Territory. We got a cyno bridge into it from high-sec and got started on getting ping spots etc.
I personally have nothing against the guys, but a lot of people have a “Grrr Goons” mentality that seems to fuel quite a bit of story on their part, which is nice.
Every game needs their “bad guys”, I for one don’t really care, as long as I can throw a bomb or two I’m happy.

The evening started of fairly well, we got our bombing pings, waited for an opportunity, and were given one when someone in the fleet sacrificed himself to get us kills.

De-cloaking when your squadron is called and firing your bomb along with 8 others is quite a sight. I was a bit entranced by it and instead of warping off immediately I stuck around a bit to see them blow up before warping off to a celestial and bouncing back.

Those first few waves gave us a few kills and became the start of an evening of staying around a gate, killing stragglers and getting a response fleet on our asses.

We were camping the gate, having a bubble on it. Killing people that got stuck in it. And one little Goon was quite persistent in trying to get to the next system. Coming back over and over again in her pod.
It was quite amusing to see a bunch of us de-cloak to kill the pod every single time. “The little Goon that tried” we actually voted on letting her through after the fourth time because, if you really want it that bad, we shouldn’t stop that.

After a while we heard that one of our hunters got us something, and we dropped on a Chimera, which was obviously bait. But no worries there, we got out safely after a few shots and started to go back to the staging system.

Turns out that us being gone for a while, gave them the perfect opportunity to muster a response fleet and get on the in gate. Meaning that half our fleet jumped into the staging system only to see a LOT of goons warping in on the gate. Most of them got out safely, and those of us on the other side waited for a cyno to be lit so we didn’t have to use the gate. Once we had eyes on the correct side again we decided to wait a bit longer and try for another few kills. Turns out that’s what they were waiting on, because the moment we de-cloaked, we had a Titan and a bunch of carriers on our asses. They brought in a Ragnarok.

Close enough to almost touch it

It was a bit overkill but this was only the second time I’ve seen a Titan up close, and it was the first time in response to a fleet that I was in. So I was a bit proud of myself there. Despite it being mostly because of how well the BB FC did his job, but still.

Despite their camp on the gate we did still get a Vagabond, Cynabal and a bait Sigil.

So all in all it was a good night, I got kills and made it out alive, docking back up in Jita with a smile on my face.

I’m getting better at scanning down the wormholes that connect our little hole to the rest of space. Which is nice, seeing as I used to hate scanning mainly because of how bad I was at it during the tutorial missions.

Which is really the one and only reason why I never decided to try again, despite knowing that back then my skills were not even close to being good enough for me to scan something “quickly”.. I’m relatively better at it, it only takes me about an hour and a half to get 13 sigs down, so that’s good… Right? Right?!

I’m slowly going through the BPC’s I have left from doing so much copying runs, I think I only have about 400-500 of them that I’ll try and turn into T2 ones. Or at least try to, I have an average succes rate of 75% inventions per 21 runs (I have 2 characters running inventions every day or so). After the invention process is done, I usually manufacture the T2’s, again, two characters so that means that every other day I have around 200-400 T2 items sitting in my headquarters ready to ship over to Jita. Which I do through courier contracts because I’m too lazy to go out there myself and it’s super cheap.

Once I have gone through my surplus of BPC’s I’ll have to check the market to try and figure out what’s needed, because right now I’m still working with a supply that started two years ago. As you can imagine, a lot changes in two years but I want that supply to be relatively gone before moving on to something else.
I do have a plan of what that something else might be, I just have to figure out if it’s a good one first before disclosing anything.

As for the other “adventures” I’m having, I’m enjoying W-space but am still checking for some other options, I currently own 3 combat characters, which gives me quite a few options.

What all three of my characters have in common though, is the fact that they can all fly covert ops ships, specifically bombers. I love bombers, the fact that you can sneak up on someone and drop a bomb or deliver a load of torpedoes on them is pretty awesome.

Which is why I finally did something yesterday that I’ve been meaning to do for quite some time. I joined a bombers bar run. Which I enjoyed, although I have to admit that it was rather boring at first.

I logged into the one character not in w-space only to be told that I needed to go to Thera, luckily I was only 12 jumps out from one of the high sec entrances so I burned towards it and someone in fleet was nice enough to give me a warp in to the wormhole.
After getting into Thera we were told to meet up somewhere and…Wait. 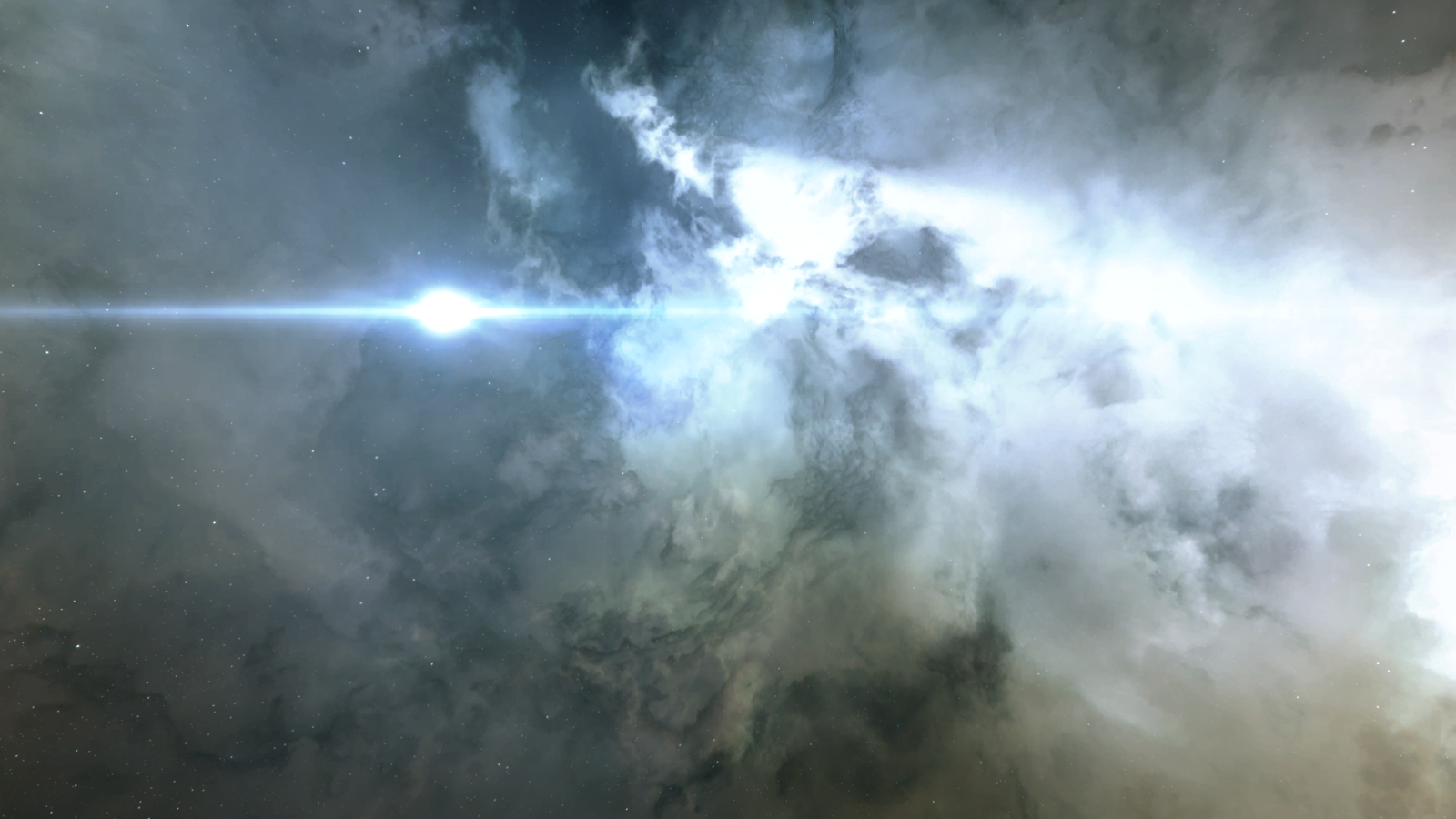 “Thera is pretty though”

Waiting is not something I enjoy, time spent waiting is time lost, while it is a precious commodity. But luckily the voice comms and the books I started reading a few weeks ago made sure that it wasn’t lost entirely, I was laughing along with the others and enjoying a good book until we were giving the go.

Which meant jumping through another wormhole where a black ops vessel was waiting for us to bridge us to our targets. Last night was a good night, I spend an hour or more “waiting” but those few kills that did happen were quite fun.
We first got a bridged right on top of a Legion, I was too late in getting there because the amount of bombers we had along with us meant that dmg was extremely high and it was down before most even knew it.

The second kill was a Legion too, another pilot that had no idea what was happening to him, a better kill too, he was worth a few more ISK and I did get to be on that killmail. After that we were told to ‘burn” back to our staging system. Once again we waited a bit before being dropped onto a Raven and Legion. We got the Raven but the Legion got away, and once more we burned back to the staging system.

During the burn a Paladin was spotted on one of the gates.

We were told to try and catch it, and catch it we did. I had nothing to do with the catch, but it was fun to watch. Burning to a Marauder that’s 100km away equiped with a microwarp drive is not something many people can do but it happened. After the point he was able to jump away again but our tackler had anticipated that move and was already 50km closer to the spot he was going to and was able to snare him immediately after.

The paladin did take a little while longer to kill (aprox 20-30 seconds) but he went down, and my pilot’s killboard went up by 2.8billion isk. Which means that right now, I’m sitting on a killboard of a few billion destroyed against nothing lost.

A good and fun night all in all. Missing those few hours of sleep was worth it, and I’ll definately do more of this. 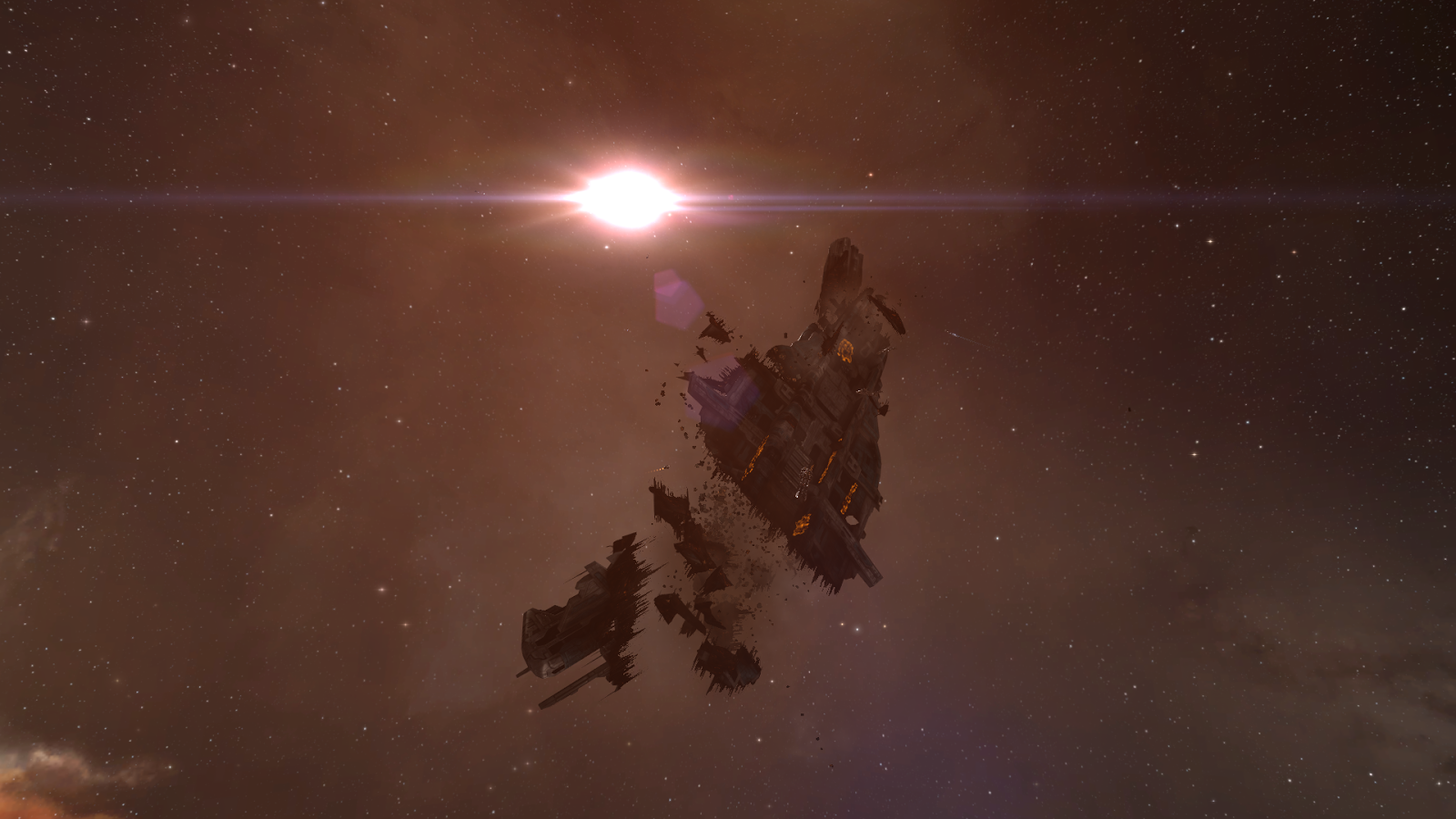 “Another one today, Thanatos!”

I lost another ship this weekend. This time it happened due to another person blowing me up, and my own stupidity. Well, just my lack of common sense and staying somewhere for a bit too long while not cloaked.

I’m planning on joining a friend’s corporation in a few days, said friend is setting up a WH corporation with a few other people he knows. Seeing as I have no idea how to scan down signatures, or even use d-scan, I decided to train myself a bit.

So I shipped up in a cheetah, set out to low sec and started to scan down the different sites and signatures in a system in order to train myself some more on the “how does this work” part of it all.

While doing so I found a relic site, and as it turned out, I had a relic analyzer in my Cheetah. So I decided to go and have a look, maybe even get lucky in “hacking” the site.

Not only do I know nothing about scanning, I also have no idea how hacking works… Zero clue whatsoever. So while I was staring at the screen wondering what all those things that I could click meant and why some would lock up after clicking five times, someone found me.

I suddenly saw a manticore pop up on my screen and immediately got locked and scrambled. One volley of torpedoes later and I was warping away in my capsule to the nearest gate.

I learned that I should pay more attention, and definately should not be trying out hacking if I have no idea what it’s all about. Using D-scan would probably not have helped in this case seeing as the manticore was cloaked, but still, it wasn’t even opened.

The person shooting me convoed me afterwards, thanking me for getting myself blown up, he had been in the system for a few days waiting for a kill to happen and told me that I was his first ever solo kill. He was even kind enough to offer me to pay for half of my loss.

I declined this of course, I have plenty of ISK and congratulated him on his first solo kill and patience. I would not be able to just wait for days until something happens.

After doing a few jumps, I got back to Jita and shipped up in a new cheetah. Ready to continue my training.

I need to be ready in a few days, need to be able to hold my own in W-space. Because if nobody’s there to get me an exit, I’ll have to do it myself.