Making ISK is something everyone has to do. The way how you do it though, that’s different for every single one of the players out there. But it has to be done, how else are you going to afford the ships you lose? Or get into that Nyx you’ve been craving ever since you saw the ship model.

I used to make my ISK in three ways. Trading, industry and running missions. Half of the trading I did was to complement my industry and the other half was just me messing around on the market trying to find the stuff that could make me money.

Those that have read my blog in the previous years know that my industrial side existed of making T2 things. I used invention on BPC’s I had copied and turned those things into T2 products. All the goods needed to make those T2’s were bought off the market because I didn’t want to make everything in the whole process.

I made a LOT of ISK that way and I flooded the market countless times dropping the price of the things I made. Sometimes on accident, sometimes on purpose. But unfortunately my industry character hasn’t been used at all in the past year. This due to the fact that the products I used to make are worth less than their materials combined. Supposedly this is due to the null-sec groups having their hand in it now. I wouldn’t know though, I have yet to start caring enough about null-sec to start looking into things.

As for trading, I haven’t done it either in the months since the citadel change. Partly because I’m lazy and don’t want to go do that one jump to put orders in a citadel, and partly because I no longer have a clue about what’s good on the market. Ok, mostly that second part ;).

Missioning, well I haven’t done that in years, I used to love running L4’s in my Machariel but ever since joining corporations and no longer being solo I just haven’t felt the need to do so anymore.

So how do I make my ISK now? PI and C5 sleeper loot. I absolutely love doing C5 sites with a small group of people. Doing it solo is boring, but I love having 7 rattlesnakes on the field, warping from one site to the next and just melting the targets. 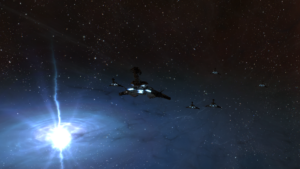 Beautiful snakes, flying out to their next target

A few weeks ago we had a little group of 4 snakes, two were mine, two were my corp-mate’s. In the three hours of farming we made a total of 2.4billion ISK. Which isn’t too bad. That’s about 200m/hour per character. And half of the time we weren’t even paying attention.

Due to my love of the Snakes, I made a third character, just to fly in one.
So last Saturday I had 3 on the field, along with two other corp-members we had a total of 7 rattlesnakes on the field.
We melted the sites and in one hour we made about 320m per person. Which could have been better but the sites weren’t the best out there. 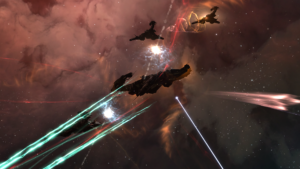 Circling the MTU like there is no tomorrow.. For the rats

That’s one way to make ISK in a wormhole though, my other one is PI and all of you probably know or have an inkling of a thought what it’s about.
If I pay attention to it I make about 1bn/month across two characters. Which isn’t bad but I tend to forget about it. Woops. 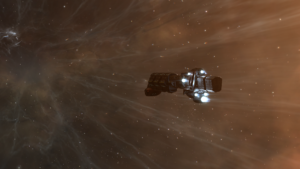 Got to get it out of the hole somehow

There’s a third one in the Yacht club that we introduced a while ago. Well it was already there but now more people know about it. Namely “Scout gets the loot”. Basically, when you’re in the chain and find targets, if we kill them, you get the loot. If you find an Astrahus to kill you get 50% of whatever drops out of it. Which is pretty damn good.

I have yet to find myself an offline POS with an SMA hanging around it (happened already) but it’s a nice incentive for people to find more targets. And more targets for us means more content. So it’s a win win.

Scanning can be a pain though. Spent a few hours doing it yesterday and I decided to keep it to a maximum of half an hour of non-stop scanning in the future.