The previous weekend was very busy for me. But I did manage to play a bit, mostly because I made time for one event that I was looking forward to. Namely the Stay Frosty FFA.

In general, it was ok, I didn’t have nearly as much fun as I did last time I joined in a FFA but at least I didn’t leave after an hour.

I had about 20 punishers and 20 rifters set up for this. I sent them to the nearest Hi-sec station thinking that whenever I got podded I’d ship back.
The rules of this event were quite simple, no podding, only frigates and no grouping/boosters. But seeing as this is EvE, these rules were broken quite a lot. As a solo roamer it was nearly impossible to get any KB’s. And that was extremely frustrating to me. I doubt I would have been as frustrated as I was if I had not seen as many groups as I did.

Warping in an asteroid belt, thinking you’d get a few shots at multiple people, and immediately being scrambled, webbed and painted by Brave Newbie people was not that bad the first time. But it happened too many times to be called a coincidence.
They were there to screw things over. A bit after my third death at the hands of BNI I heard about a cyno being lit. Reach for the skies

Me, being the nosy capsuleer that I am, jumped straight to the cyno. To be greeted by a bunch of BNI Thorax’, which made me lose both my ship and pod.

No big deal, just upgrade the clone and get back to the fight.

There were a few other gangs too, and after being podded for the 6th or 7th time I decided to call it. I spent some time with my gf watching the new episode of Dracula, and afterwards joined for the last half hour of the FFA.

Which was pretty fun, this was what I wanted, going from belt to belt, seeing two, three people fight and just get in there and take shots at whoever was winning. No killing blows (I checked and the last one before the end said 4 hours ago) but it was entertaining. Even did a small bit of damage to Rixx Javix’ Merlin. Yay! My killboard has been spiced up a bit. And I lost a total of 28 ships.
But if there’s one thing that I really learned in this FFA. It’s that I’m really, really bad at PvP 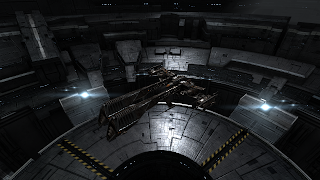 Pew Pew Pew
So after hours upon hours of weighing, I decided to finally buy the game the other day.
Cue 10 minutes later, I have just spent 158 Euros on a pretty USB hub and a board game I may or may not play.
My girlfriend rolled her eyes at me when I told her that I was having second thoughts. Knowing full well that this was going to happen. Good thing there’s the fact that you can ask for a cancellation within 14 days of purchase. So that’s what I did.
Moral of this story: ‘I really need to think harder on whatever it is I do and buy’
Which is something that I need to do in game too. Despite me really wanting the CE, I can’t for the life of me think of a good reason to spend 150+ Euros on me. I thought I did have a good reason, until I actually bought it.
It’s a shame that the Americans had that Black Friday sale but us Europeans were left in the dark. I really, really want the Danger Game and USB hub.. But the whole package would only be worth about 50euros less than the current asking price.
So if the price does drop, I will probably buy it. Unless I can find someone willing to part with their board game.
I’d love to play this with my friends on New Year’s eve.
Stay tuned! o7
“EvE sometimes feels as if it’s just a glorified chat box”
That’s a sentence that’s been going through my mind for the past couple of days. It’s something one of my in game friends said, and it got me to think about this. In a sense he’s right about this, seeing that I spend more time talking with people than I do doing things.
Not that that is a bad thing, because I like it, I like talking to the people I know about random things and about life in general, it’s a fun way to pass the time.
I also spend a lot of time talking about the things I would like to do but I never actually do them. Some due to fear of the unknown, others because I have no idea how to start doing it. 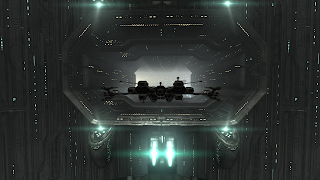 I spent countless hours looking at this screen while talking
I did spend a few hours in Low Sec this weekend, but not much came out of that, either I just missed people or I was outgunned.
The one industrial that I came across was already in warp by the time I noticed him. Learning how to D-scan is one of those things on my to do list that I have yet to start with.
I spent a lot of time looking at my market tab the past weekend, I made a bit of a profit, and spend a few bill on materials to manufacture with. So I’m using my ISK for something. But I still have too much liquid ISK that’s not being used to gain more of it.
I think my problem in this lies with the fact that I use it as a counter, the more I have the closer I get to “winning”.
I don’t have much else to say, real life made me have a busier weekend than planned which means that my search for a WH corporation was on pause. I did join a few channels that I was told about in my previous blog, so there’s that. I have yet to speak to the people in it though.
If anyone has any other suggestions about chat channels I can go in to just talk, feel free to leave them here. As I said in the beginning of this post, a glorified chat box isn’t all that bad, I’m having my fun.