As some of you may know, there was an event today. As some of you may have heard, it did not work out all that well.
As far as I could tell, CCP dropped the ball on this one, they made everyone go to one of the two systems that were supposed to be the staging areas. Only to then tell everyone to take a whole bunch of jumps further, 23 jumps to be exact. 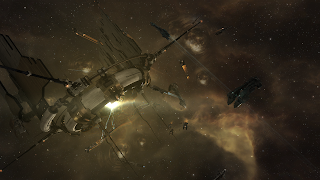 Don’t worry guys, we’ll get there!
That’s 23 jumps with 20% tidi… It took me exactly 2 hours and 30 minutes to reach the low sec entry point.
I was one jump into null before I lost the Harbinger I put together for this.
Not that it’s such a big deal, I bought and fitted that ship with the idea that I will be losing it as soon as I came into null. The bigger problem was the fact that it took me over 2 hours to get there.
I get tidi, and I get why it’s necessary, but one does wonder; “Why on earth have a live event, just so you can have hundreds of people traveling there, but not actually getting there”
By the time I got to the low sec entry point there was a message from one of the ISD’s telling us that the RMOC facility was cleared. And turns out that the one the Gallente/Minmatar fleet was going to was already successfully defended half an hour before that. 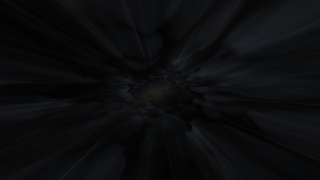 There’s light at the end of the tunnel
I think 50% of the people weren’t even there yet by that time.
Oh well, it did get me to go to low sec again. Even null for those few precious minutes.
Losing the Harbinger got me a step closer to losing more ships in pvp. This was a bit of a one sided pvp battle, but it’s a step. 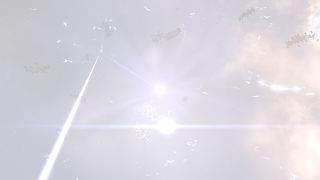 The light, it’s so bright
Which brings me to my next point. In the coming days I will be looking out for a wormhole corp.
I have decided that I want to learn more about this, it’s been in my mind for weeks now and I’d really like to learn the ropes. And of course join one.
If only I knew what is expected of you when you join one…
Stay tuned o7