I finally did it. After talking about it for weeks and thinking it all through, I finally took down my PoS.
When I first bought the POS from a friend it was mainly because of the way industry worked back then. In high sec there were almost no lines that were useable as an inventor/manufacturer other than those in backwater places too far from the market hubs.
At the time I had no idea what a POS was except for a way to do the things I wanted to learn how to do.
Jump forward to the update that changed that. Suddenly you could use stations again, the whole industry bit changed, I no longer had to click hundreds of times in order to update my factory lines, and stations were a viable way to work once more. Having a POS still gave you slightly more options in the manufacturing/invention speed. But still, was upholding said POS and fueling it worth the slight speed upgrade?
In my case, it wasn’t, or at least not anymore. Due to RL taking a lot of my time and EvE slightly being on the background I couldn’t continue the way I was. Spending 500m a month on fuel while I only used my lines once per day or less. I didn’t make as much as I used to due to my lack of time and I was basically barely making break even, all of this due to the cost of fuel.
So I did the logical step, I took the POS offline and brought in all the modules, figuring that I wouldn’t be needing them anymore. If in the future I decide to set up a POS again it won’t be where I’m currently at anyhow. I would just move.
Taking down the POS took a lot longer than setting it up. Which was annoying, not only do you have to unanchor every single structure one at a time, you have to go scoop them to your cargo hold. And as you all know, you need to be rather close in order to start scooping.
This was done with a lot of warping out and in at the bookmarks I made for the modules. Seeing that when you’re flying an industrial to tear down your POS, speed is not part of your vocabulary.
After I was done (or so I thought) I took the tower offline, which was one of my many mistakes, seeing that I still had two batteries hanging around the tower, and in order to unanchor them the tower needed to be online. It took me over an hour to have it come back online, unanchor the batteries and then take down the whole tower again. Shooting it all down would have been faster, a lot faster. But that’s hindsight for you.
So now I’m towerless and using the station to do my thing. I have no idea what the future will bring for my industrialist, but I know it won’t entail fueling that tower each month. Yay!
It’s been a few days since I last logged in. Work, real life and so on making it problematic to find time to do so.
Which of course, meant that in the past week and a half, my characters have been idling, not producing anything, not doing any trading, and not doing any missions.
Logging in today I planned on changing that, so I logged onto my combat alt. I check my mails, find out we’re in a war and curse, seeing as he’s hanging around in Jita and can’t actually do much other than spin. Oh well, on to the next account and character.
I decided a while ago, that I really suck at trading, and that I don’t really like spending too much time on doing it. So I logged onto the trader, checked his buy orders, noticed how much lower everyone else’s sell orders are suddenly at, and logged out. Sooner or later the prices will go up again, and I don’t feel like selling at such a low price, despite still making a slight profit.
Seeing as I don’t feel like using the trader much, I’m not actually losing any money on not trading yet, it’s all part of my so called plan.
After the trader, comes the industry alt and my POS. I’m lucky enough to have a few people who I can count on. Because otherwise my POS would have ran out of fuel last week. I wasn’t able to log on due to constant disconnects so asked a friend on steam if he could refuel our POS. Which he did, and I paid him back the fuel, yay. As for the use of the POS. I noticed a few copy runs being completed, and am happily inventing again. 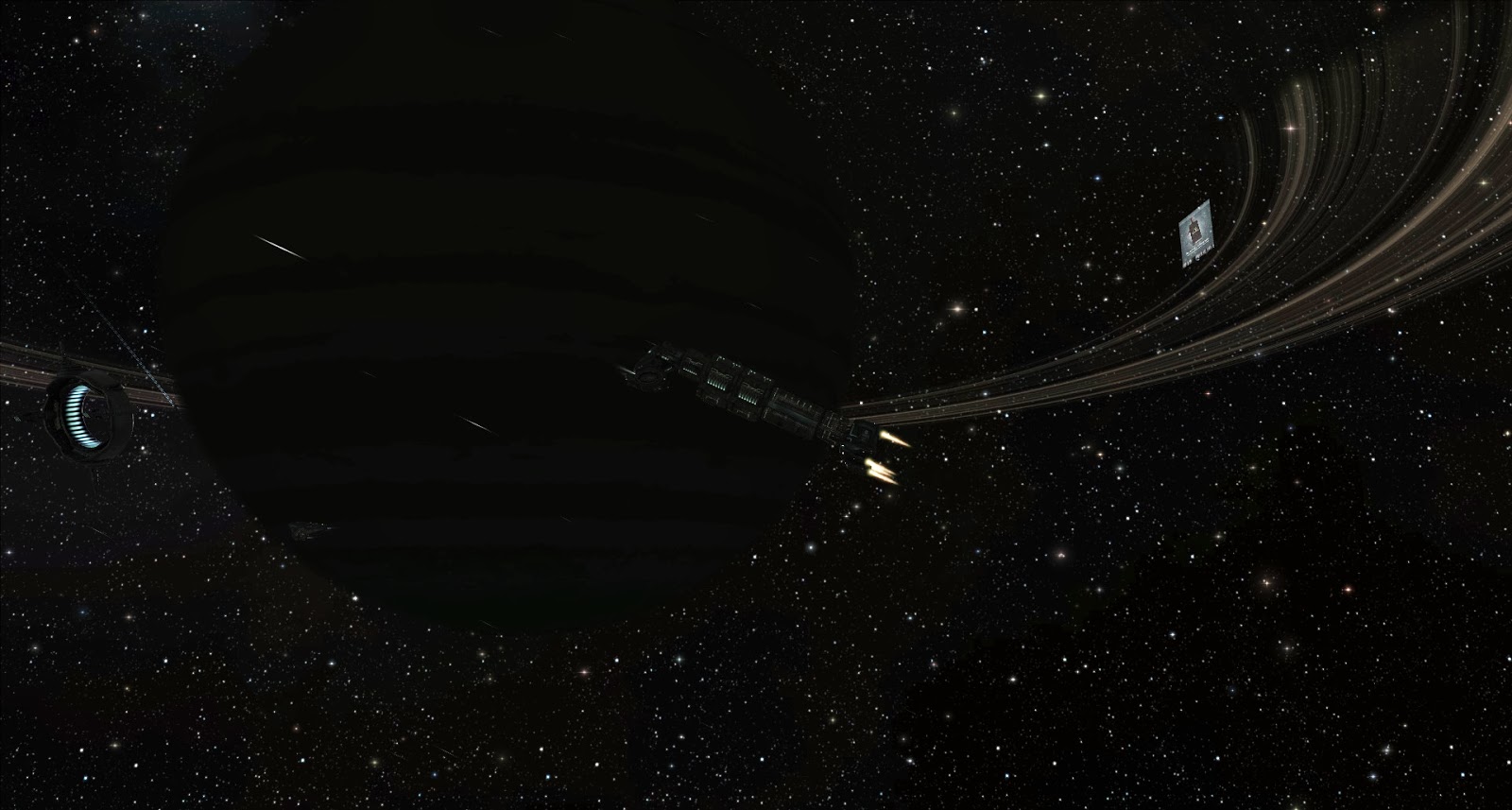 “Enjoying the sights while going out on a shopping trip”
I might just try something new and buy a few billion worth of materials to do a bit of experimenting on T1 production. Past 8 or 9 months have been spent on T2, might as well change things a bit. Which would mean  not using the research slots for invention but for research, so there’s multiple positive sides in that.
My day will probably exist of going to Jita, buy what I need, going back to HQ, figure out I forgot a bunch, and so on.
Despite writing everything down, and going to Jita thinking; “Ok, I know I haven’t forgotten anything” I always do forget things.
I bet I’m not the only one getting frustrated when you get back to HQ noticing you’re missing a few million units of Tritanium.
Stay tuned o7