As most of you may know, today is Christmas. A time for sharing, caring, family and gifts.
The last part being the most important one for a big amount of the population. All because we as humans love receiving new things and are pretty egocentric when push comes to shove.
CCP did something nice within their Icelandic folklore and the celebration of Christmas for the players. They introduced us to the Yule lads. Born from a troll mother these little creatures are used to scare kids and steal things instead of giving. And thus it came to no surprise that a lot of the gifts we received from the advent calendar, was seen as something worthless. Until yesterday, the 24th, the last day before Christmas. Everyone rejoiced as we got ourselves snowballs and the Leopard. A nimble shuttle with an amazing warp speed of 20 A/U. The trolls delivered. 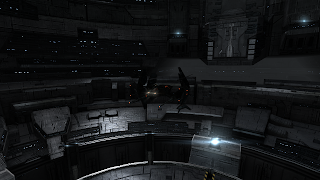 And how!
I spent half of my day yesterday driving through the country with my little sister, she needed a place to store her 700+ Pokémon cards and I was a bit bored so I shrugged and said why not. At the one store we found that had what she wanted I bought her a Christmas present, to her great joy. Unfortunately for her she’s not allowed to open it until this evening when we’re having our family dinner, yes, I’m evil like that.
As for Christmas EvE, it was spent at my girlfriend’s place, along with her parents and brother and sister, food, Wii and ice cream. It could have been fun, but it wasn’t, mostly because I’m not a big fan of a family get together, and I kept on thinking: “I could have spent my time better on EvE”
Which, would have been a lie, mostly because I barely undock, and when I do, I seem to find myself a bug.
Today’s plan is easy, this evening I’m spending my time at home, with my parents, my girlfriend, my two sisters and my youngest sister’s boyfriend, eating soup, roast, homemade tiramisu and who knows what else.
But during the day, I will be spending my time in front of my computer. Trying out Exploration once more, while my girlfriend is sitting behind me, getting frustrated with her exam material. Seeing that she’s in her last year of college and her exams are coming up she spends most of her waking hours studying.
Which is good for me, more EvE time and less girlfriend agro.
I decided on trying out wormhole exploration once more today, I’m going to try and get to null sec. I’ll have a relic and data analyzer equipped in my little Cheetah, seeing that I also want to see what happens when I find one in null or any low system I get to. 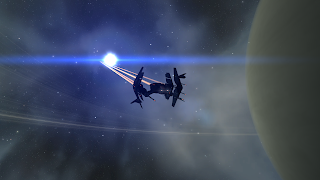 What do you mean, I’m already there? I didn’t even get time to blink
Wish me luck, because I’ll be needing it.
Stay tuned o7