The other day, after browsing the market a bit, I decided to check up on my wormhole PI ventures. I had noticed that my launch pads were filling up slowly and it was time to go and empty them.
Good thing that the entrance to our WH was marked about 7 jumps from where I was. That meant I didn’t have to do too many jumps in my trusty little Nemesis.
After getting in the wormhole and checking if nobody else was around I stored my Nemesis in the corps’ ship bay and took out one of our Epithals. When I cleared the second POCO I suddenly noticed an Abaddon on D-scan, I figured he’d be looking for me in the POCO’s so I jumped around a bit and cleared the last one.
Once that was done I quickly went back to the POS and took out my trusty Nemesis, warped to a safe, cloaked up and told my other corps members that there was an Abaddon in our hole. One of them was gas mining in a venture a few holes from ours and told me to search for him while he slowly made his way back.
As most of you know by now, I’m not that good at pinpointing, anyone, and I figured that the Abaddon knew I switched into a bomber so he must be jumping around himself, I didn’t want to take combat probes out so decided that it was time for me to try out the D-scan way of pinpointing someone.
Let’s just say that I failed miserably, in the half our of jumping around, readjusting the angle etc etc I did not find anything, yet he was still there. Once my fellow corporation member came in the hole in his Manticore, it didn’t take too long to find him. Turns out he was taking sleepers on in one of the sites. One of the places that I forgot about. Oh well, time for a strategy.
We were both pretty much newbies when it comes to bombing, but we figured we could try and kill him with bombs + torpedoes. Seeing that our hole doesn’t like armor tanks.
I slow boated my way to one side, the other one to the other and we waited at 30km for him to take somewhat of a beating. While waiting another one of our corp came online and we told him to come over, he wanted to try out something new so made a ship and was coming our way. 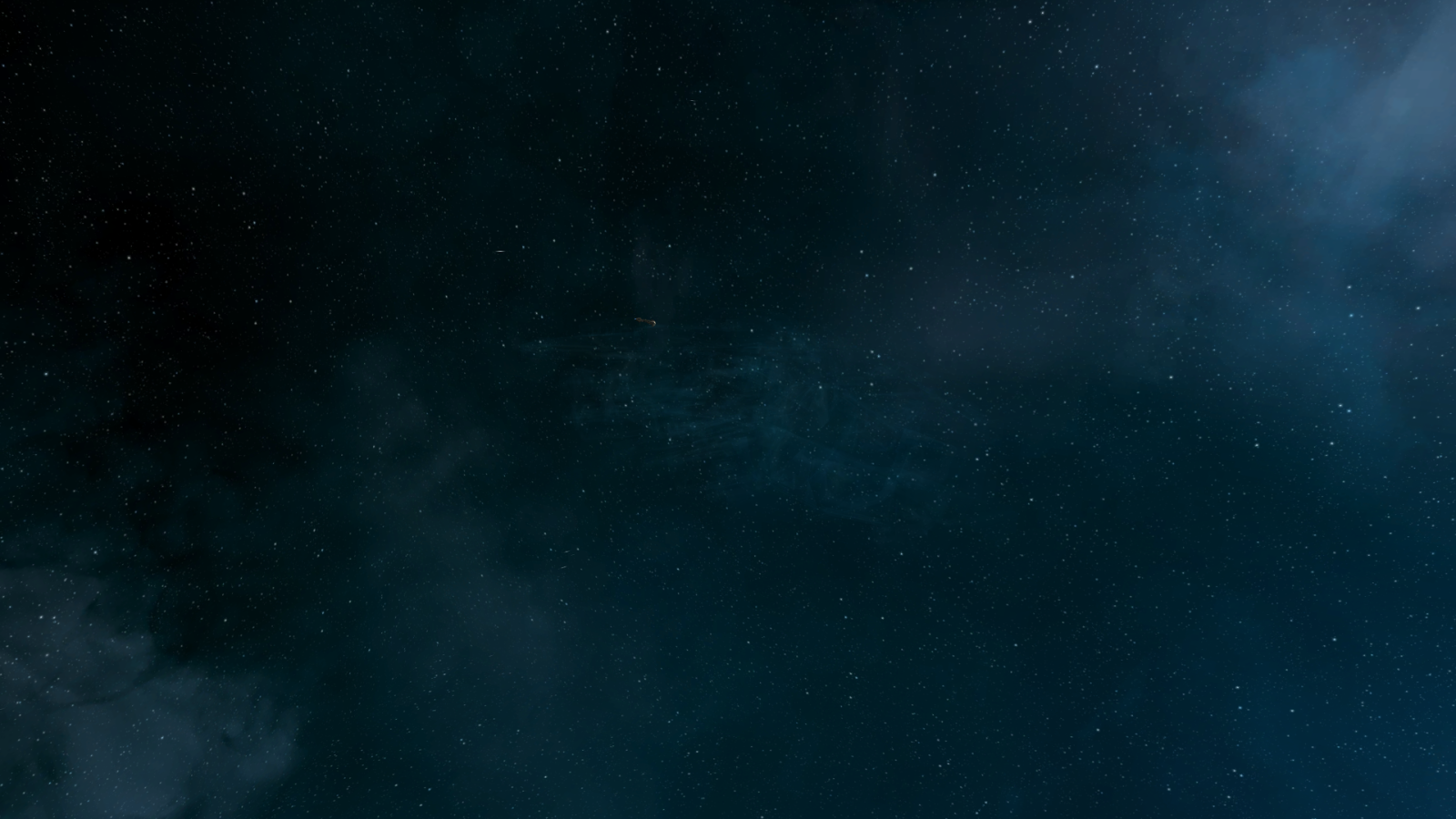 That tiny speck right there, is my target!
As he was two jumps from our hole, I suddenly see a Sabre on D-scan.. Warping exactly on the Abaddon, at first I thought it was a friendly of him, up until the point that he put up a bubble. A second after the bubble was up, three Proteus’ de-cloaked in it. 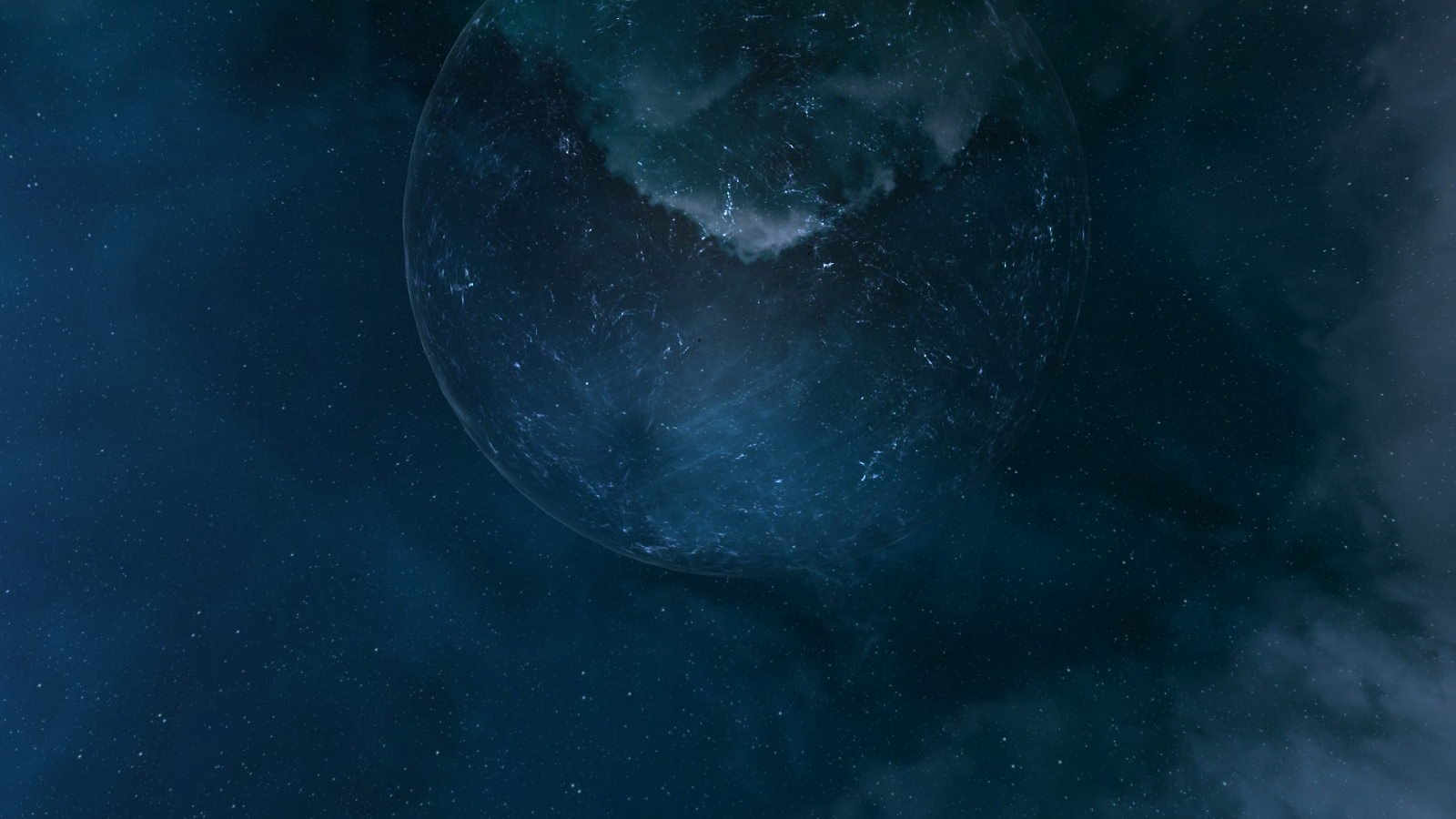 Well, that guy’s thinking: “Oh shit”
I was just staring there instead of acting, while my corps member had already de-cloaked and fired his bomb, a second after I did the same, we figured we might as well try and get in on the kill mail.
My bomb came in too late, and I have absolutely no idea how much damage I did to them but it was a pretty fun experience. “Where did they come from?!”
It was quite a thrill too, to suddenly see T3’s uncloak on our target.
I went back there as they were slowly going out of the bubble and my corps mate did so too, we had decided to see if we could bomb the Sabre as they were still in the bubble, so about half a second after stating that, my corps member decloaks, fires a bomb and… Explodes.
I couldn’t help but laugh, turns out one of the sleeper turrets got him, his bomb didn’t even come close to hitting anything.
The guys that took the kill talked in local, asking us if those bombs were meant for them. Because if they were, they didn’t actually do much.. But all we really wanted was to get in on the kill mail, and maybe blow up that Sabre.
I didn’t get any kills yet this weekend, but at least I didn’t lose any wrecks either, and it was pretty fun.. I might go roam later this evening, I still want to explode things.
Stay tuned o7