My past couple of days were not spent on EvE for a change. Or not ingame at least. I was in Prague with members of my corporation. Which was super fun. And the week before that I went to Gamescom, which is something I’ve been doing in the past few years just because it’s a fun experience.

I don’t go to the con to play games though, because I don’t like standing in line for over three hours just to play a game in advance of its release date for about 30 minutes. It’s all about the atmosphere in the arena.

As for Prague, I never really did a real life meetup with people that I play games with, this was the first time that I decided “fuck it might as well” and went.
Prague is about a ten hour drive from my place so instead of taking a plane which would have taken one and a half, I decided that I’d do it by car. Make a little road trip out of it.

On the road I picked up two other guys from the corporation. The fun thing about doing that was not having a clue what those guys looked like. I showed them my car, told ‘em that’s what they need to look for at the designated pickup places and that’s it. That was step one of the adventure, step two was getting through Germany and the Czech Republic, into Prague.

I left on Thursday morning around 6.15 and we arrived in Prague at the hotel at around 17.45, this included a few needed stops on the way, and a detour in the city because instead of listening to my navigation system, I listened to one of the guys. As per usual on coms, that wasn’t one of the best ideas 😉 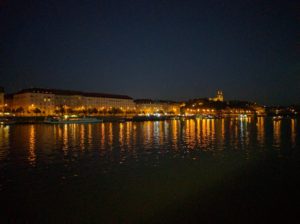 We spent a few days there, getting to know each other, putting a face behind the name and talking about EvE. It’s a nice change of pace from going out with my real life friends, since they know nothing about EvE and aren’t interested in it. I loved talking to others about it, making ingame plans, coming up with stuff to do etc etc.

All in all, a very good time. Although I did miss logging in. Since the place we stayed at did not have Wifi and my roaming charges are through the roof.

I came back yesterday, dead tired but with some great new memories. All in all, that was a good way to spend a few days off work.

The first thing I did logging in last night was turn on my PI again. Since my planets have been doing nothing since Thursday. After that, I put Jump Drive calibration V in my skill queue, because supposedly I should have that if I want to play around with a Blops. I still need to buy a Panther but I’m going to be doing that as soon as I come in Amarr or Jita.

I’m also thinking about maybe resubbing a third account. I still need to decide on it but I might want to do that again. I just need to decide on what I want to be doing. Since after training E’dyn into blops some more, I will probably start training for Dreads.

Trading wise I haven’t done much in the past few weeks. I’m buying and selling plexes every few days, same with skill injectors. It’s a small profit because I keep forgetting about the higher taxes on normal stations. But it’s something.