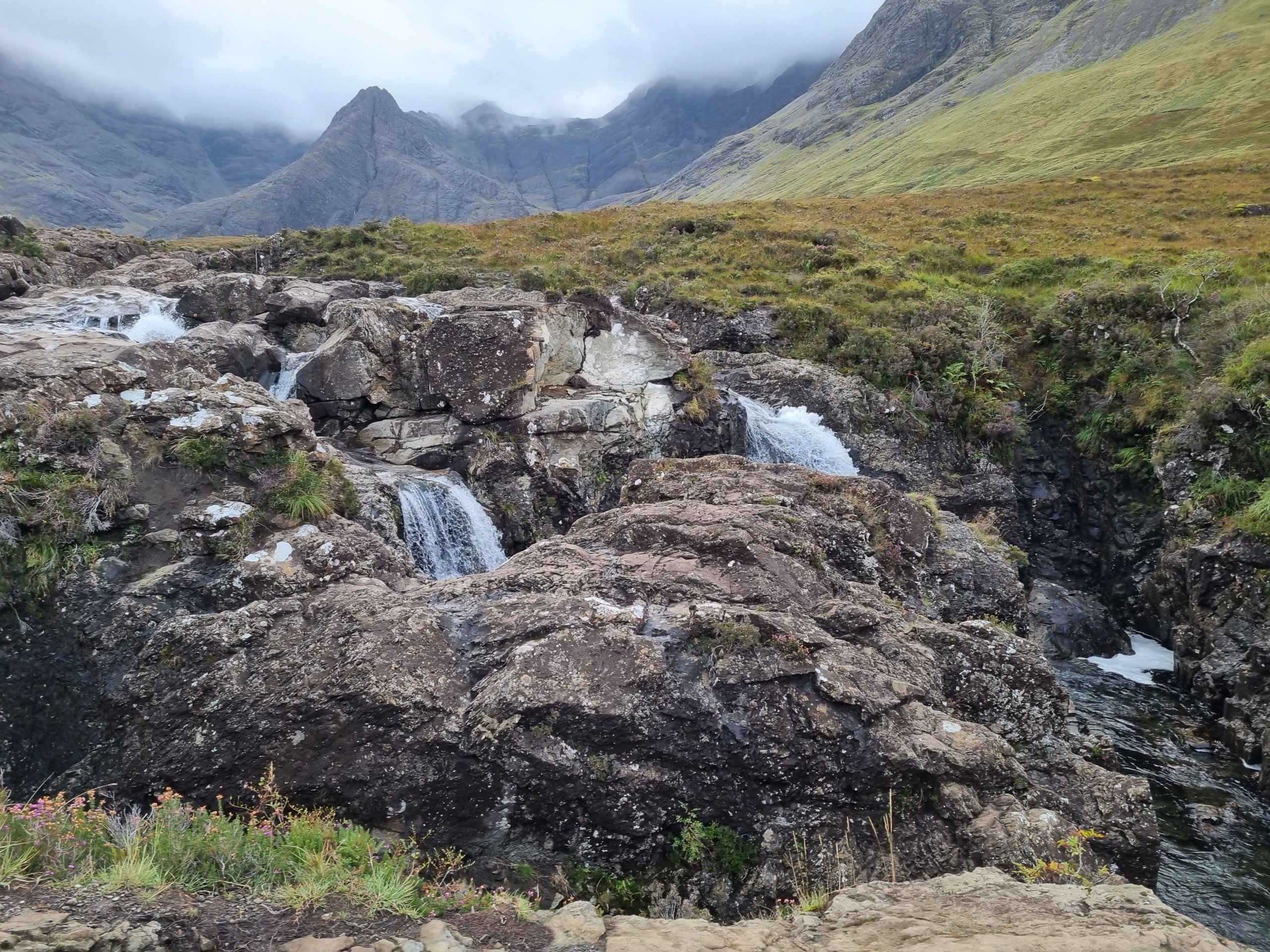 Once again it has been a while since I’ve written anything, but I have the perfect excuse! I’ve not thought about writing in a bit.

Why you ask? Well, that’s easy, I’ve been busy. Not just with my new hobby or my gaming, but I’ve been traveling.

The past two years I have spent about 50% of my time in the UK, because my girlfriend lives there and it’s just easier for me to go there and work from home than for her to come over here since she works at a pharmacy and I just need a laptop to do my job.

So since half of August-ish I have been spending my time over there again.

Going there usually starts with me taking a trip with the Eurotunnel, which is nice. I drive over to Calais, get on the train, get off in Folkestone and continue my journey. It costs a bit but that’s mostly because I take the Flexiplus tickets which give me the option to come whenever I want and just get on the next train.

Normally that is, this time around I did a bit of a fuckup and had to take a train later. Although I wouldn’t really call it a fuckup and more of a miscommunication, with customs…

Usually at border control, you show your passport, they have a quick look, you drive forward, the customs officers sometimes flag you to do a quick check and you carry on. This time around there were no customs officers at my lane, so I just went straight for the flexiplus lounge, went to the toilet, got my drinks etc etc and carried on to the train which was leaving in approximately 10 minutes.

While getting into the lane towards the train someone came walking towards me, flagging me down. He told me that I was unable to take the next train and to follow the car in front of me. A car, that had suddenly blocked my passage and I had not even noticed.

As it turns out, the customs agents had waved to me, thought I saw them and ignored them, and that I was trying to get to the UK with some contraband.

Cue me following the car, getting pulled aside in a hangar, answering a bunch of questions and emptying my trunk.

Obviously, there was nothing of note that I took with me because I don’t do illegal stuff (except for speeding from time to time)
But here was another new somewhat funny thing that happened to me.

During my times in UK me and my girlfriend decided that we wanted to go to Scotland again. We did it last year in September and absolutely loved it. Seeing that we both had a week off coming up we decided to do it again, but unlike last time, this time we’d do some camping. The nice thing about Scotland is that wild camping is permitted. You basically rock up somewhere, pitch a tent, sleep, and go on about your business.

I’m not that much of a fan of using a tent BUT I thought that maybe we could just sleep in the car. So I bought an inflatable matrass, tested it in the boot of the car et voila, we had a place to sleep!

Getting to Scotland from my girlfriend’s place took us about 6 hours and a bit. We came to Loch Lomond near nightfall and were able to take a few pictures of the Loch before carrying on to the highlands.

I absolutely hate driving at night so at some point when it was quite dark, we decided that we had driven enough and it was time to make camp. I parked somewhere next to the road and we got to setting up the bed.

Waking up to a stunning view of the mountain ranges was amazing and made me smile wide. It was an awesome experience.

In the days after that we parked the car in a bunch of random spots whenever we were tired. We did Glencoe, Skye and a part of the NC500 before heading home again.

I absolutely love Scotland, it’s one of the places that I wouldn’t mind living in. Just get myself a house near a Loch in the highlands and enjoy life. The only issue would probably be shopping. I don’t think we understand how easy it is for us in this day and age with how we have multiple big grocery stores in a 10 mile radius. While driving around the less populated parts of Scotland I realised that we are pampered in that aspect. Although I obviously have no idea if things like Amazon take more than a day or if it’s next day delivery there too. In the end I’m sure there’s plenty of other ways to do your thing.

Having the inflatable bed in the car was nice too, but next time we go, I’m definitely renting a campervan.

The people driving in them and the motorhomes just made me jealous, so much more room to sleep, so much more things they can take with them.

I get why people enjoy the vanlife so much. Unfortunately, I don’t really have the budget to get myself a van like that. So I’ll just have to make do renting one.

It will definitely come in handy when we go to Norway.

Next blog I shall be talking about the bees again.