A few days ago I came online at the right moment. The alliance was going to go out in Stealth Bombers, looking for targets.
I’m a big fan of bombers despite the fact that I only have a little experience with them. But still, this would be a great time to get some more of it.
On top of that, we’d be using a Sin along with the bombers to make use of the short range jumping technologies so that we wouldn’t have to do it ourselves. When I heard that I couldn’t help but get even more eager about this, I had never bridged before so that’d be another first for me.
The night was on to a good start. 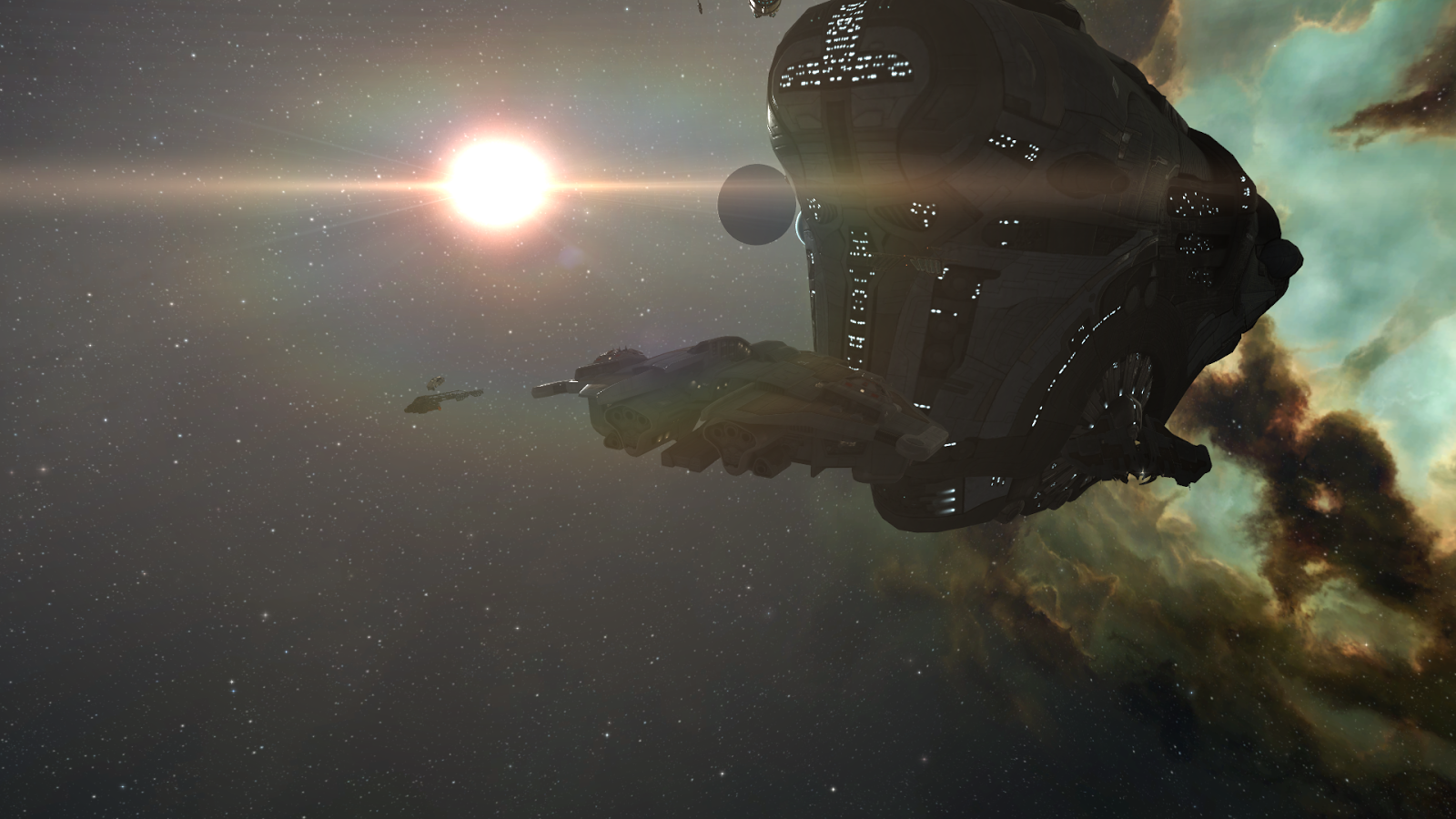 “What now? We wait? Oh..Well okay.”
Cue the waiting. Because of the fact that we weren’t going to be roaming ourselves, we had scouts out that were checking for targets for us, I didn’t mind, that gave me some more time to check my fit and make sure that I put the bomb away. We were only going to be using torpedoes anyway.
After jumping into a Purifier instead of my Nemesis I joined the rest of the 15 or so bombers and waited until a target was found. 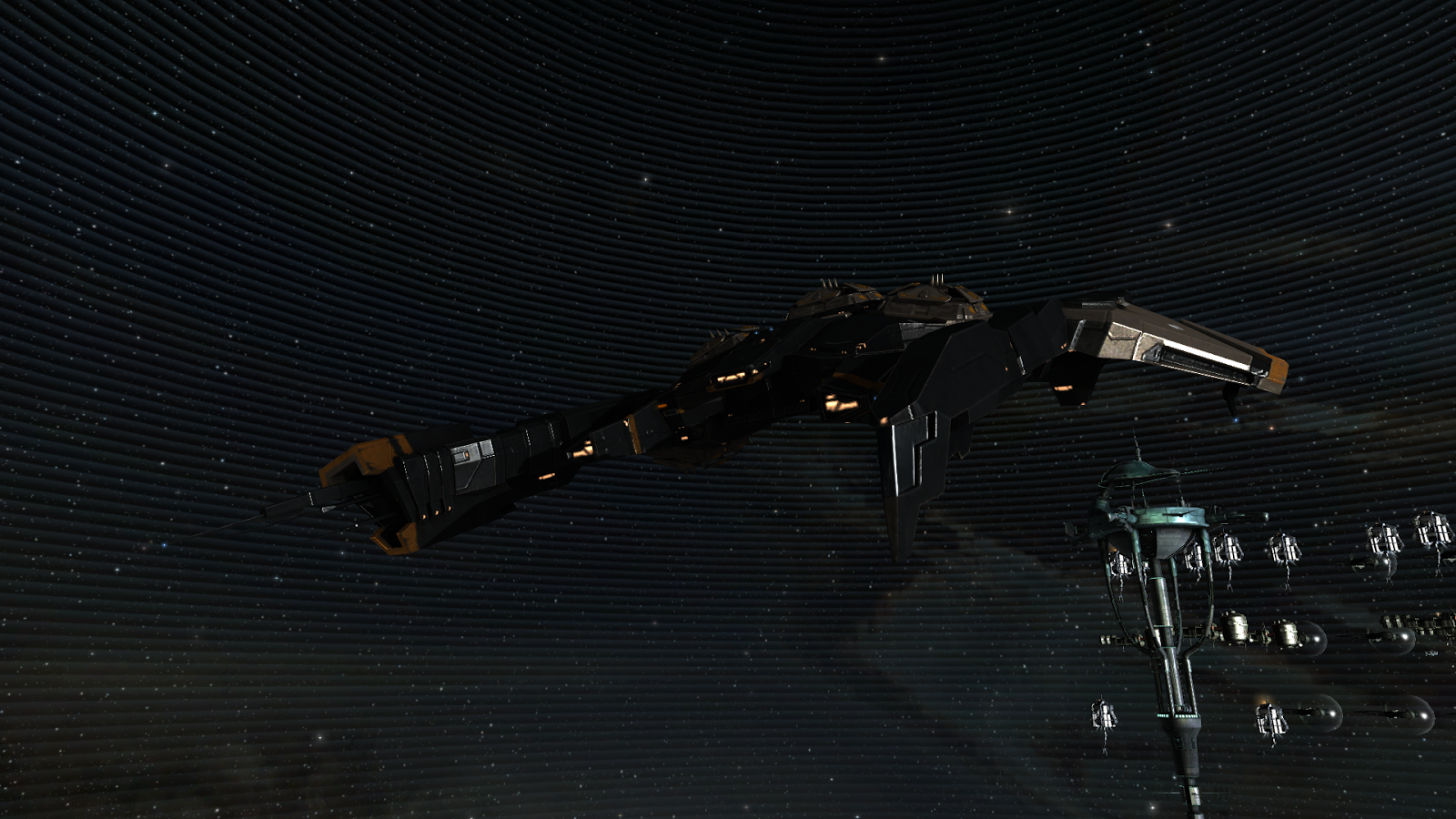 “Pretty colours”
At around this time I learned that I really should pay more attention to what is being said to me in Teamspeak or even Fleet chat. As I never used a bridge before, I had no idea what I had to do. I figured that if it was lit, I’d jump automatically. I was wrong. 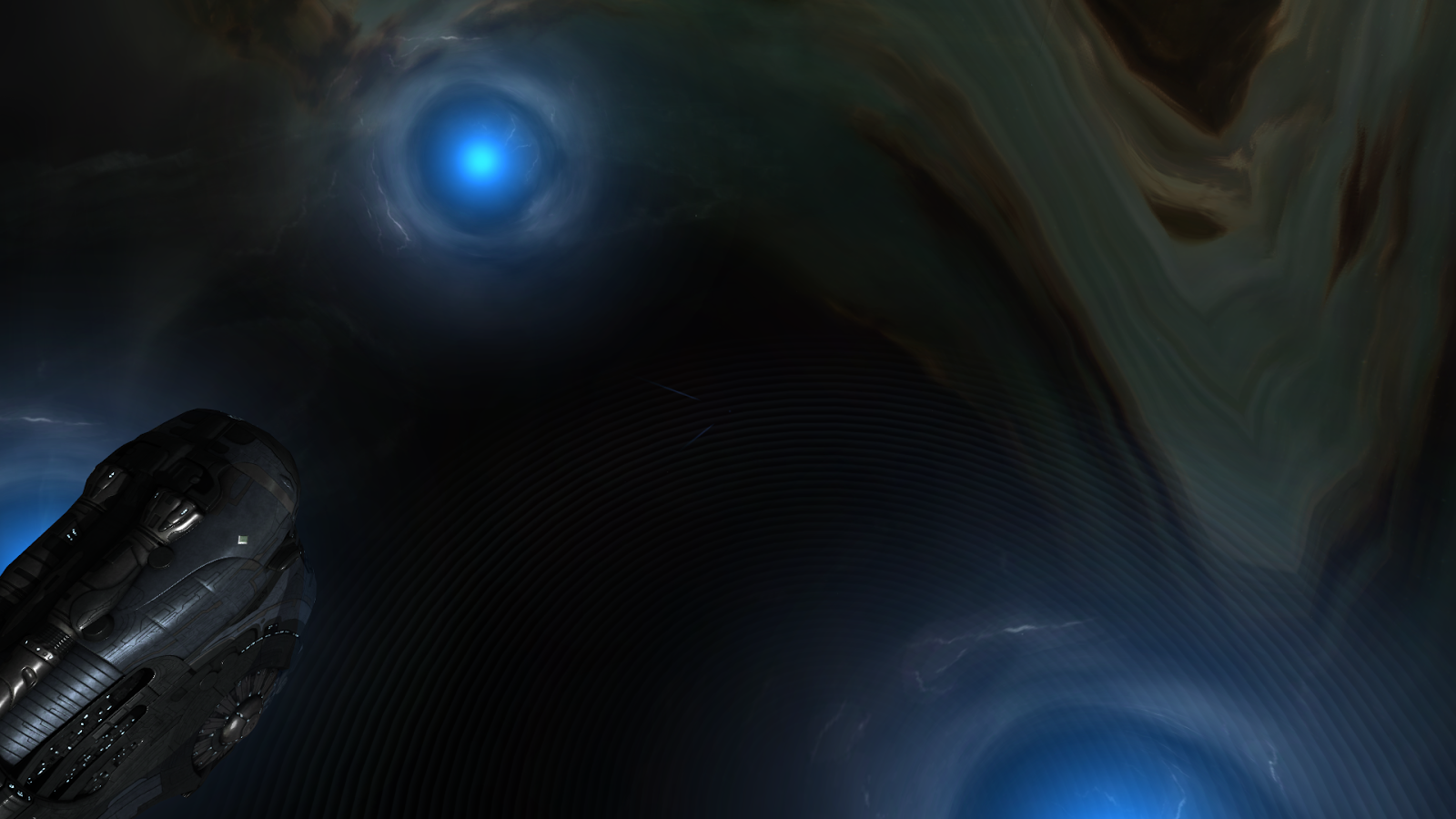 “Wait, what’s going on, why am I not jumping too?!”
I saw everyone around me jump, and I just hung there in space, looking around me trying to figure out what just happened. Turns out I need to right click the Black Ops ship and press jump. Oh well, lesson learned, time to wait again.
After a while we heard our scout go “Oh shit, oh shit, fuck fuck, get over here!” So I bet you guys can figure out what happened, there was a target, and the scout only noticed when he was right on top of them, or shall we say the other way around.
We jumped, got bubbled and started calling targets and shooting. They knew we were around and had prepared accordingly. I followed the Fleet Commander’s calls as I burned out of the bubble, right as I got out a, few more ships got called in and we were told to warp away if we could.
I just sat there with a smile on my face as I warped towards one of the moons and cloaked up. It was the third time in a few days that I went out for some PvP and got myself a few kills extra on my killboard. According to what was said on TS we did lose the ISK battle, but it’s not like I cared about that, I was PvP’ing, and I was enjoying myself a lot. “Time to go”
As far as my ISK making goes, I’m still manufacturing, and for some reason making more ISK than a few weeks ago. Which makes no sense because I’m doing less work than I did before. If I had more time I would be trying to figure out how this is happening. But right now I’ll just shrug and be happy with it.
And on a final note. I’ve been accepted on the Fansite list on the EvE Online site. Yay! I doubt I’ll get more people coming over to read my stuff, but it’s nice to know that the people at CCP think I’m worthy enough to be on there.