The other day I decided to finally go out and explore a few wormholes. Taking out my Cheetah I started to launch probes left and right, scanning for an entrance. I first started in the System I usually do my missions at. Close to home, and if I found something, even better.
This is where I made my first of many mistakes. I know absolutely nothing about scanning, I know you need probes and you need to keep configuring them and pressing that scan button until you find a 100% one.
So that’s what I did, after a while I found an unstable wormhole, giddy as a little kid that just got his first gaming system I pressed jump and entered without checking the info. 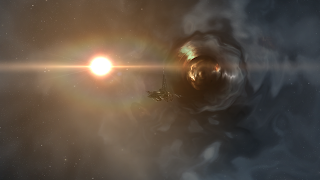 Guys! I found something!
Little did I know, that I would just be dropped 12 systems further, in another high sec system. I finally check the info and noticed that this wormhole drops someone in a random high sec one.
Thinking to myself: ‘Ok E’dyn, rookie mistake, this can happen to anyone, lets head back and try again’
Luckily for me I was still idling at the WH entrance, otherwise I would have had to scan again to find it.
So we go back, and this time I go a few systems further in, into low sec, thinking that I might be able to find something better here. Lo and behold, I find an entrance to unknown space. I go in, immediately warp away from the hole (because that’s what I think you have to do) and cloak up. To then start idling at the hole, wondering what on earth I will need to do next. 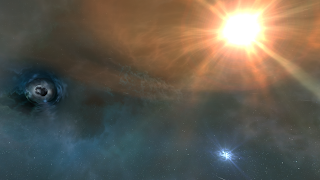 I should have bookmared that hole
I was amazed at the discovery scanner, there were a total of 15 signatures in the wormhole. Of which 11 were already at 100%. Asking in a channel I asked them if this was normal but unfortunately none of them knew anything about wormholes so I was left to think that it was.
Oh well, 4 others to scan so I might as well do that. And here’s where I made another mistake. I warped of to the nearest planet at about 70km, forgetting to bookmark the hole I just came from.
No big deal you’d think, that’s just a few scans away. So I start to scan and find another WH entrance, according to this one it goes into unknown space. So, I went ahead and clicked jump, because that’s what you do when you have no idea what you’re doing.
And the confusion starts, I wanted to enter the wormhole, I was in a clone without plugs so if I did something extremely dumb, I could just decide to self destruct.
After pressing jump, I got stuck, and I have absolutely no idea what happened, nor could anyone in any channel I talked in answer. My ship was calibrating, and I was cleared for jump in x amount of seconds. So I kept pressing the jump button, nothing happened. But according to my UI I was getting pulled into the hole. After the timer ended, I was still stuck in the same animation, and I was still in the same system. But for some reason I couldn’t warp away, I couldn’t even reload my probe launcher, because according to the game, my ship was no longer located in the same place. 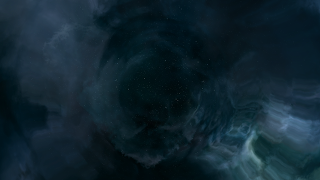 I stared at this for quite some time
And when I tried to jump again, it told me I was polarized and needed to wait for 5 minutes or so.
And we wait, after the 5 minutes were up I was polarized once more. ‘Strange’, I think to myself, ‘Something must have gone wrong with the client, better turn it off and on again’. Because that’s what you do when you’re in IT and you come up with a problem, that’s the first step you try, you restart and check if the problem is gone.
After the restart I was warped away from the hole I was getting sucked in. But this time I had made a bookmark! So let’s try again.
No luck, and no idea why I have no luck. No explanation why I’m not going into the next system.
Around this time I started to realize that without anyone able to explain to me why certain things work or not, I would be in over my head.
After another restart, I scanned up the exit to low, and went back to base. Having not won any information, other than the fact that I’m not that good at scanning, and that I’m in over my head when it comes to wormholes.
And then there’s the whole d-scan. I have yet to figure out how that works, I did use it. And there were two orcas and a caracal in the hole with me. The only problem was the fact that I didn’t know how to find them. I had forgotten where a POS gets anchored, and I didn’t want to warp to every moon and every planet to check.
In hindsight I could have used Google, but I didn’t think it would have mattered.
Docking up, I store the Cheetah, not giving up my hopes on exploration yet, but logging of with the idea that I needed someone to show me the ropes.
Stay tuned o7