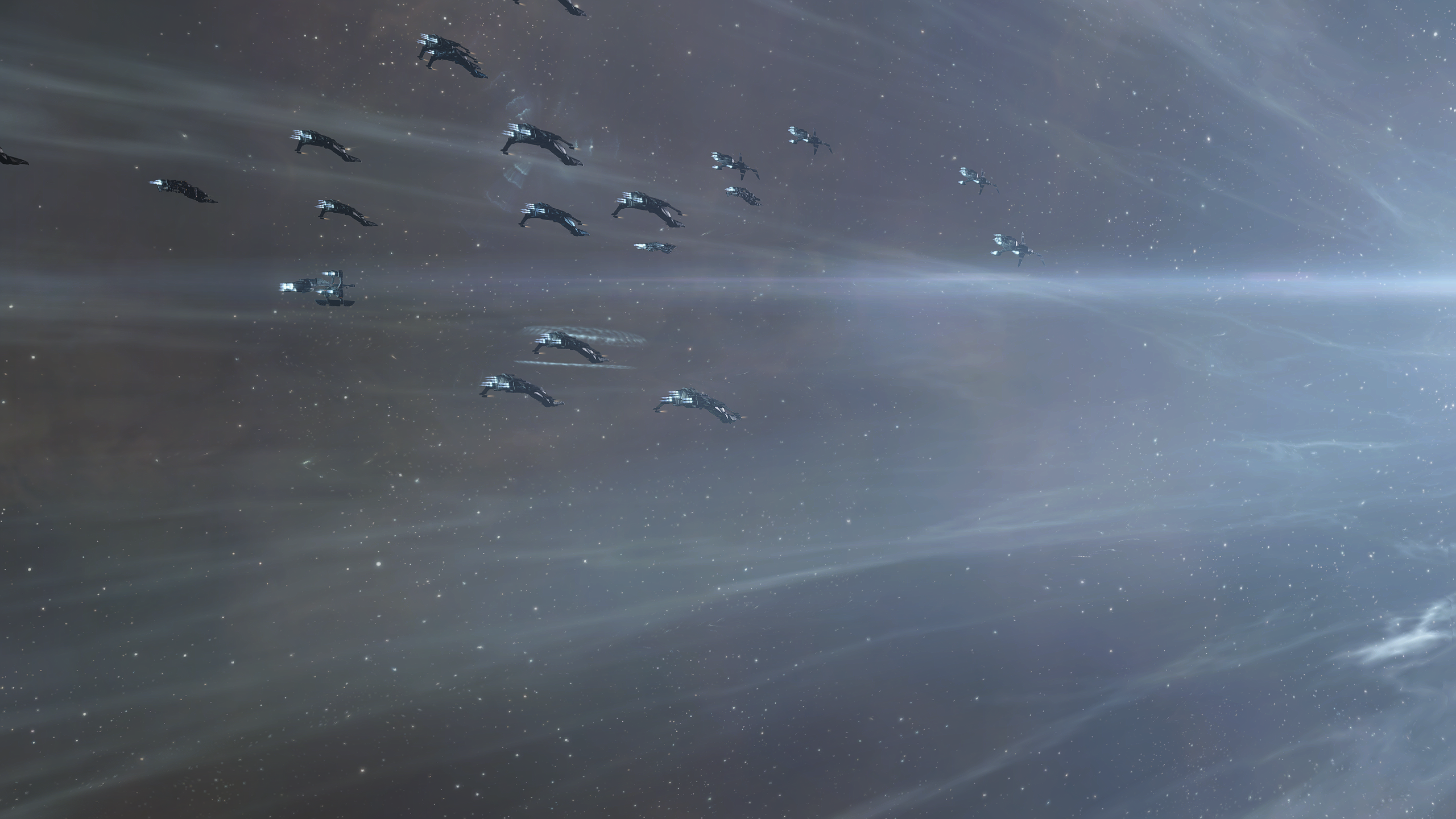 The past few weeks of playing EVE made me realise that I’m an idiot for waiting this long.

The joys of procrastination I guess. It took me forever of myself saying “I’m going to find myself a new eve corporation to join so I can have fun again” before it finally happened.

BUT we’re there! And I have just finished the trial, because I’m awesome. So I’m now a full fledged member, huzzah.

I have been scanning a LOT. And been wishing that I had better implants but I’m in a virtue pod already so, I don’t think I can get any better than this. It’s just picking up the whole scanning thing again.

I do think I should start doing it with combat probes instead of normal ones. Because at some point I’ll be going out hunting again instead of just being part of the fleet waiting for stuff to happen.

Which was something I did yesterday while we were doing an operation in Thera. Unfortunately nothing got caught but, there’s a new Path of Exile league so I’m also playing that one. Doing it in a slow pace I have just reached act 9. Righteous fire build is quite fun.

The one thing I didn’t miss about wormhole space is the logistics of it. There’s so many things that I have brought in, and so many I still need. I’m currently flying Omens in the kitchen sink fleets but want to have an Orthrus or Cynabaal on standby if needed. But in order to get them I need to bring them in, so that means I need to find a good high sec from Jita. Seeing that Amarr is basically dead.

Speaking of, I should probably put my second DST pilot there just in case I need it.

Having set up the PI means I have a slow but steady income. I think I’m bringing in a few hundred mill a week with it. It’s not much, but better than nothing.

At some point I will also bring myself an astero, so I can do some hacking. PvP fit obviously if someone drops a saber on me that I can fight back at least 😉

Despite the Thera fleet not really bringing anything to the table for us to dine upon, we did catch a rorqual mining last week. So that was fun. When he panicked we honestly tought he’d get friends of his to drop on us. But turns out it wasn’t the first rorq he lost in the past few weeks so I guess they didn’t want to help anymore.

Here’s hoping we catch a few more in the next few days/weeks, the war has made null feel emptier than it normally is.

I did see a Titan upclose a few days ago too. It’s been ages since I did any kind of bridging. I forgot what it was like to see these behemoths.