A new year, a new beginning. Or at least that’s what a lot of people think about once a new year starts. It’s a time where most people make a few resolutions that 90% of them will keep up with for a few weeks and afterwards just forget about them. The biggest example would be where I go to the gym, the months January and February it becomes a bit crowded with all the people telling themselves they’ll get fitter in the new year and some keep up with it (I’m actually one of them) but most don’t.
Which is why I usually don’t make any resolutions and just see what happens. But for those of you who do! I wish you all the luck in keeping them, or at least most of them. 😉
I hope that all of you out there had a great evening, watches fireworks and had fun with friends and/or family. And that 2015 may bring you all the luck/isk/whatever it is you wish for.
And now for something EvE related.
It’s been a week since I last posted, what with Christmas and all that, I didn’t really feel like posting much and I’m pretty sure not many people would have felt like reading it so there’s that too.
Which doesn’t mean that I didn’t do anything in the game, I’ve actually been doing more than I have in the past few weeks, even months. “To infinity, and beyond!”
As I said in my last part of the previous post, I was getting ready to move into a wormhole. Brushing up on scanning(which I still suck at albeit a bit less) and other things. One of which was browsing the character bazaar. The friend that I was joining told me that it wouldn’t be a bad idea to be able to fly a Tengu, seeing as the only T3 skills I have was for a Loki and I had ISK lying about not being used, I decided to buy myself a new alt. I made a pretty good deal, paid about 9 billion for a Tengu-alt while I saw others go for a few billion more so I’m pretty sure I got lucky.
After buying the alt I started the move, moving in bombers, buying a Tengu (still haven’t moved that one in) and checking up on Wormholes in general while wondering what use I’ll be to my friend.
We moved in to a C4 and I brought a few of my PI alts in so I could start PI in the wormhole, seeing that according to what I heard that’d make me a bit more of that precious passive ISK.
While doing this I noticed that one of the POCOS up, had a way too high tax rate. So I decided I wanted to shoot it down.. I did it before, I could do it again. After reading a bit (Foo’s musings on this helped) I figured that I would need enough dps and patience to do it and come back after 24 hours to do it some more. 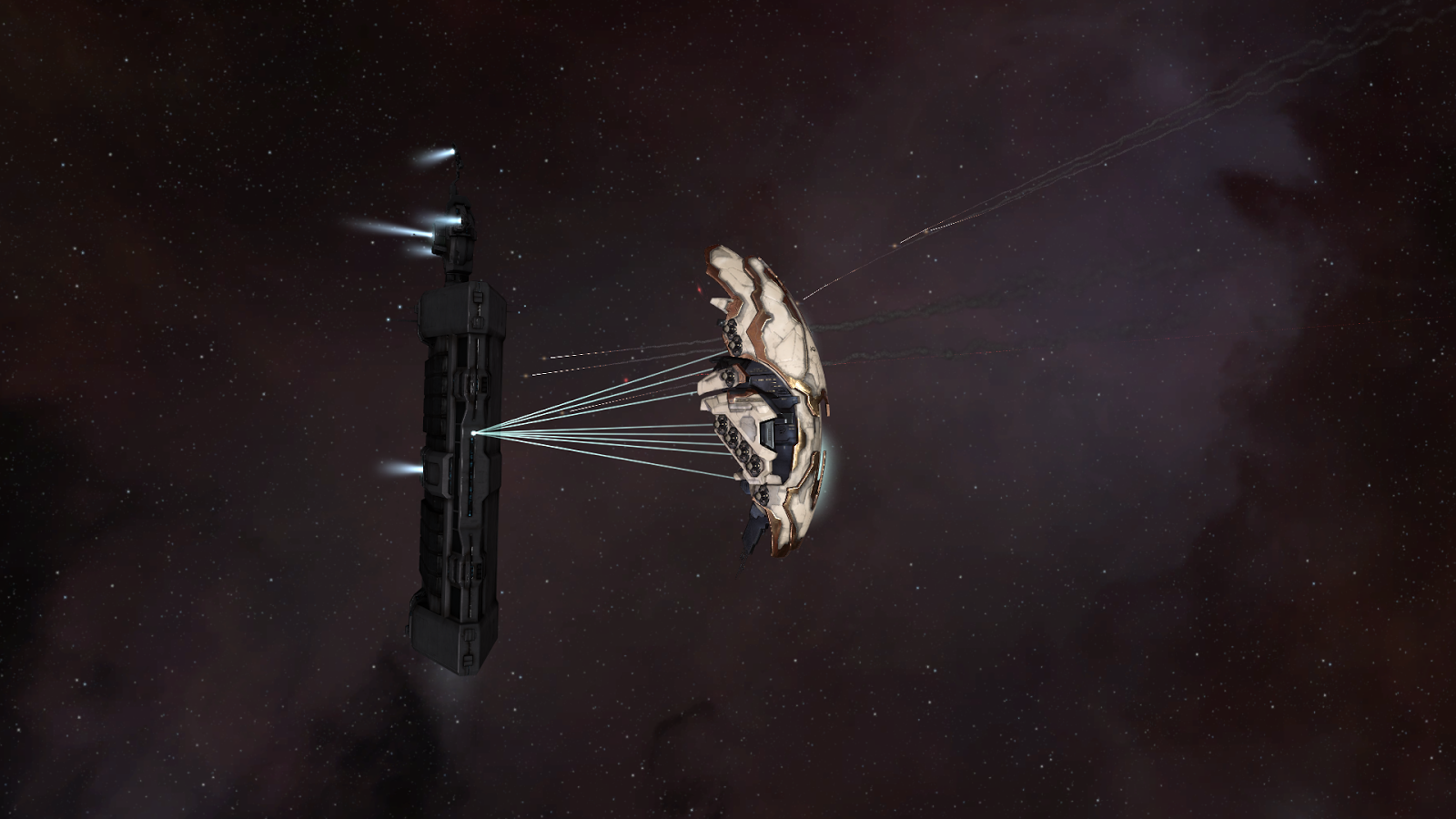 “This’ll take a while”
Starting this last Tuesday at around 2pm was not one of my smartest decisions. Once we got the office down to 25% of the shields it would go into reinforced mode for about 24-48 hours. I had hoped on 24 hours, but unfortunately it was 34.. The timer would go down at 1am on January 1, while I and my corp mate would be out with friends/family.
Luckily my friends play games too, they don’t play EVE but at least they understood why I had my laptop along with me and had to log in at a bit before 1 to do an AFK bash.
After it started I went back to our food (so much of it!) and an hour later there was a nice little explosion, prompting me to put up our own little gantry.
I learned that next time I’ll need to bring more than just one Glass cannon Oracle and a bomber. Next time it’ll go faster.
As for my other days in WH space.. Let’s just say that I’m enjoying the things I’m learning and there will be plenty for me to talk about. Or at least, that’s what I’m hoping for.