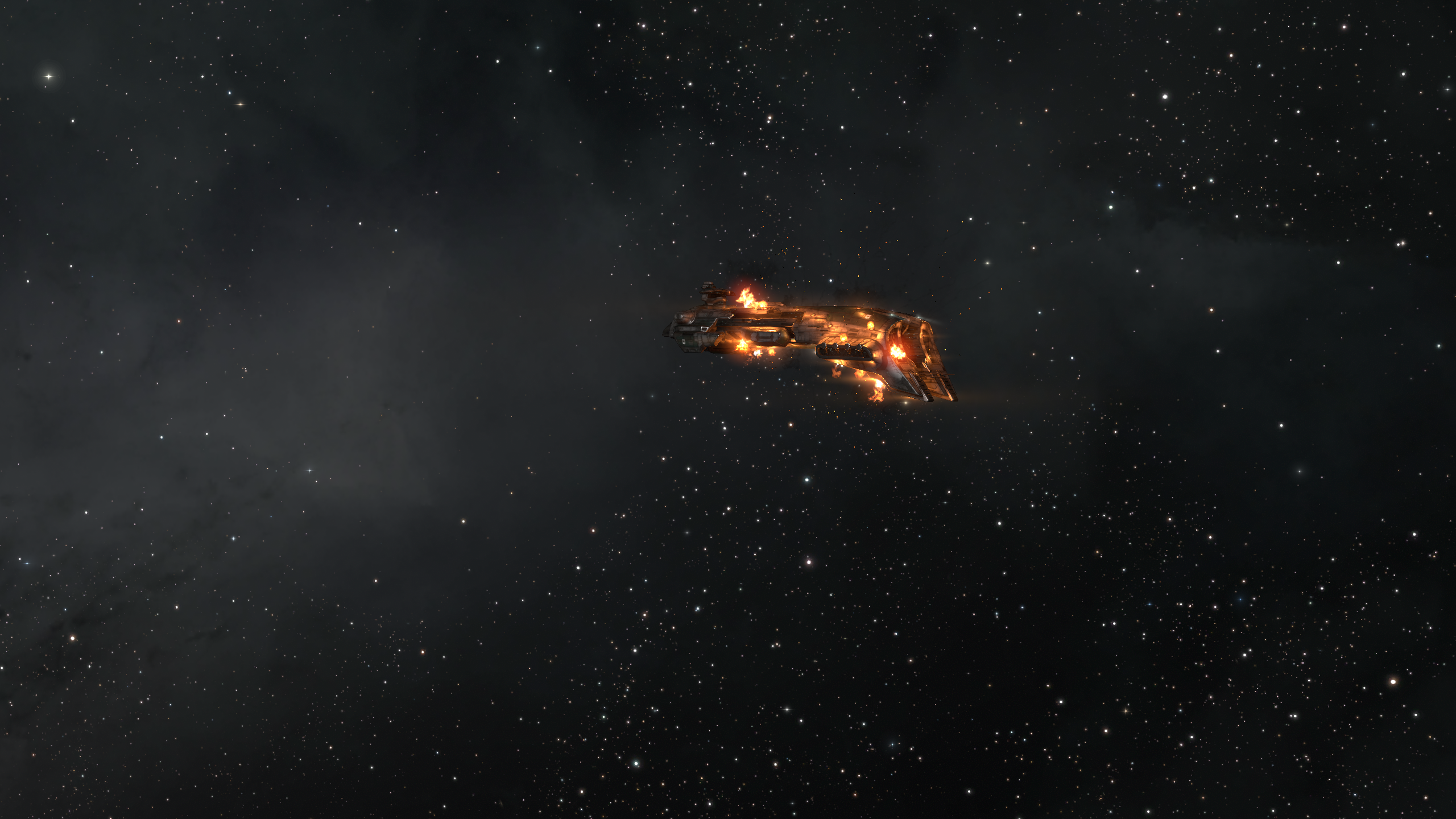 Wormhole space is a fickle mistress. And BoB a god that giveth and taketh.

The other day one of the guys on TeamSpeak was asking about someone docked up in one of our Citadels. A Russian, someone we had never seen before.

Seeing that we had bought this wormhole from someone, Astrahus included. I figured this was a previous occupant, logging onto EvE after being away for at least six months, only to log on and find him or herself in a citadel that they no longer owned.

So I decided to start a conversation with this person. And it turns out I was right. The guy (or girl I have no idea, for the sake of this story I’ll just go with him) was a member of a Russian corp that used to live here.

Now, the Russian part is pretty important in this. Since half the things that was said, was probably lost in translation somewhere. I basically offered him a way out to highsec and to buy his assets off of him. This was in my mind a pretty good deal. Since we could have easily just unanchored the citadel and taken all of the assets anyhow.

It took over 4 frustrating hours before he was finally able to show me his assets. Having never heard of EvePraisal, having never before used the fitting window to show his fits to people. It took a lot of screenshots on my end showing him which buttons to press etc etc.

I’m pretty sure he never even used a trade window before, since when the ISK I offered showed up as red for him he thought he was going to have to pay that.

But in the end I bought nearly 8bill in assets and ships off of him. Well, I paid him 8, it was worth quite a bit more but without a way for him to get it out, beggars can’t be choosers.

After a while he logged on to another character on the account. I was ready to show him to highsec, so I warped to the first of three wormholes leading outside. He had undocked in a Kronos. Fine, he probably didn’t want to sell it to me and wanted it out. He warped to me. Only to warp away to one of the moons on which we put up a dead stick and then log off.

This confused me, I had no idea what he was doing.

After he logged on to his main again, this time undocking a Barghest and asking me to show him the way out.

Now, by this time, I decided that the way out for him, would be the pod express. The fact that he made me talk to him for hours on end to finally conclude our bargain had me frustrated. And I wanted some PvP action.

Knowing that he still had to move out the Kronos too, I decided that the Barghest could go. So I gave him a way out. Meanwhile, I asked a few of my guys to keep an eye on the tower. And I needed some tackle in order to catch him once he jumped the static.

After he was in highsec with the Barghest pilot, he logged off, and logged in the Kronos. Time for a proper goodbye.

He warped to the A3, thanked me again, and got bubbled as he jumped into our static C5.

It did not survive long. This was a marauder without a bastion module. I have no idea what it was used for, but it definitely was not made to survive too long.

I felt slightly bad about doing this afterwards. But, this is still EvE. And I did fulfil my end of the deal. He made it back to highsec.