Turns out Jita is burning this weekend. I had read something about it happening but I had forgotten about it. Good thing I fly a Blockade Runner. I turned back right on time, otherwise I might have lost my runner and about 600m in cargo. It’s not much but it’s something. 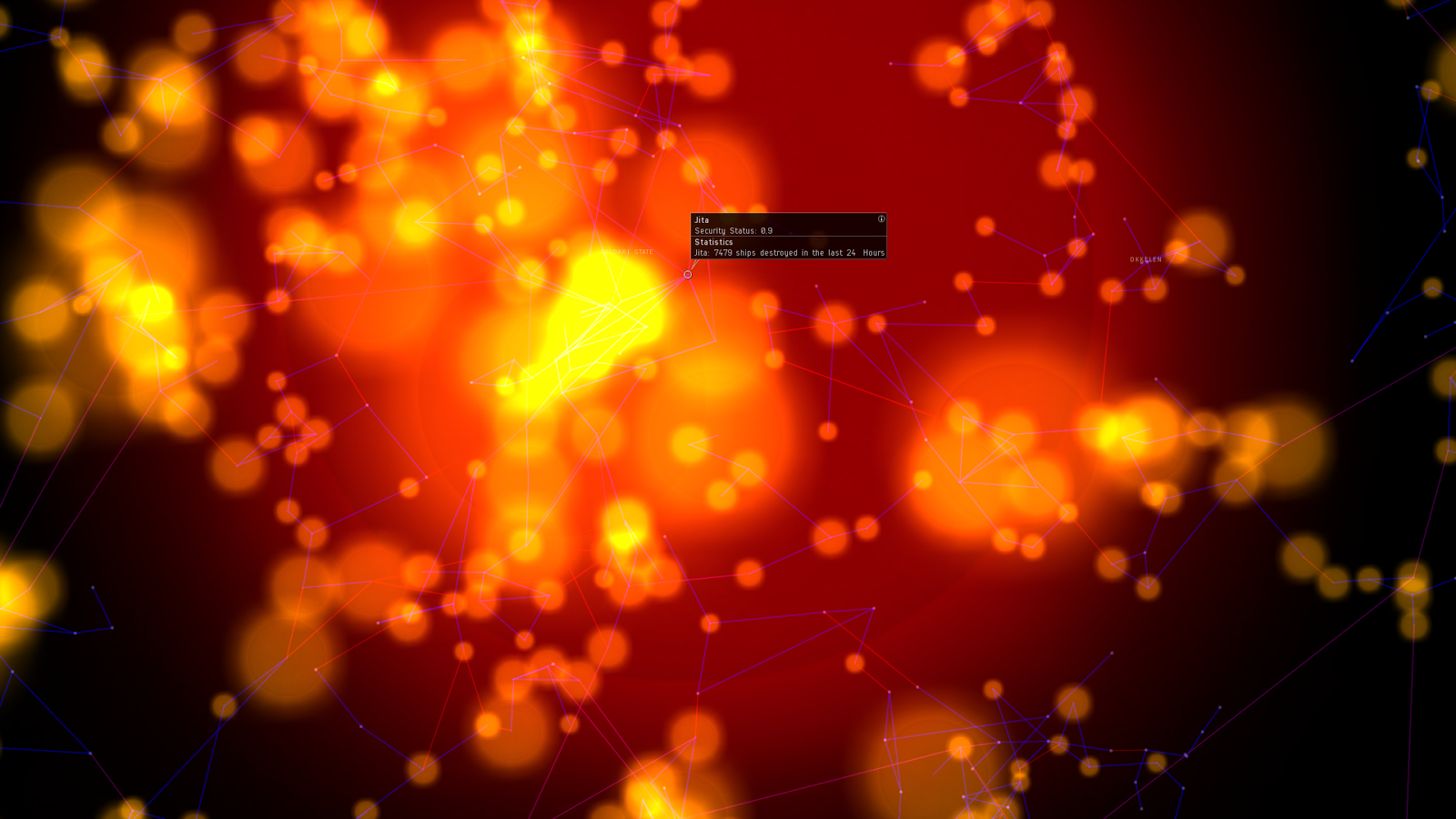 “What do you mean, I’m going to die there?”
The one thing that’s problematic due to Jita burn is the fact that I don’t have any materials right now for my manufacturing. As most of you know that read my blog (those two or three people) I still don’t plan too much ahead and thus tend to restock about once or twice a week.
But at least I can still do my invention, so that’s something. I was running out of T2 bpc’s anyhow… 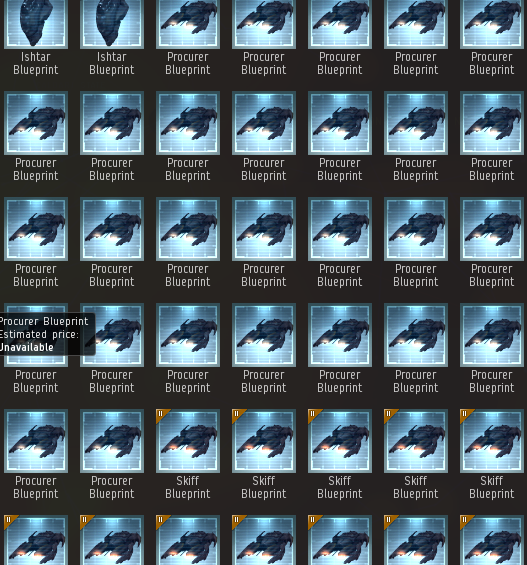 “Or at least, the ones I want to make”
I was going to add that it was the price of a PLEX but we’re past that already. They just keep on going up. Not that I mind, I have a bunch of PLEX locked away just for that, a few to sell, a few to use myself.
I haven’t been able to log in as much as I would have liked, but this time I didn’t mind that much. A few days ago when I had a few hours to spare I logged in on my industrial alt and I noticed that she finally finished the queue I put up a few weeks ago. She’s finally able to fly an Ishtar.
Flying an Ishtar has been on my to-do list for ages but I never got there because of other skills. What with me not knowing what industrial skills to put in the queue, I figured that trying out L4’s with an Ishtar could be fun and a bit more of a challenge than taking out the Machariel on E’dyn. (Although the Machariel has been parked for a few months now)
As you can imagine, the skills of my industrial alt are not that great, put I made a fit that might just work. Although I have yet to test it. I’ll have to breeze through a few L2’s and L3’s with it but I’m sure I’ll get there in a few weeks, and who knows, by then I’ll have a full T2 fit.
One of the things I did do, with the idea of flying an Ishtar, is making most of it myself. I’m an inventor, so I made a few copies of my Vexor BPO and started a few invention runs on them. I made about 5 Isthar BPC’s and one of those has now been made into one.
I’m proud of myself for doing this. I’m actually going to be flying something I made myself. I haven’t done that since I made a newbie ship back in the tutorial!
Now all I need, is a bit of time so I can actually do what I’m saying here.