Goodbye my old friend, I have neglected you for too long. I should have done more with you, I should have used your special skill set of talents instead of just letting you wither away in darkness, watching as you trained harder, waiting for the day that I’d finally take you out to help you fulfill your destiny.
But alas, it was not meant to be, I didn’t have time for you, I told you things like; “Later, we’ll hang out later.” All one big lie, a lie I told myself too, because I thought that I would make time for you. But I never did.
I bet you’re wondering what this means, why am I writing this. Well it’s easy. I had to make a very hard decision earlier. I decided to let go of one of my accounts, sell one of my characters and transfer another one. So that I am now working with only two accounts instead of three.
The third account had two characters on it, my trader and another combat alt. One I was training as Caldari, I wanted him to be able to fly in a SNI and a Tengu. But after long consideration, I sold him.

“Isn’t she a thing of beauty”
He was supposed to be my go to PvP character. An alt I could log on to in order to have some fun. An extra when I went out missioning. But I never actually used him. The only times I logged on him was to update his queue. No more, he is in someone else’s hands now. And hopefully that person will use him for his intended purpose. 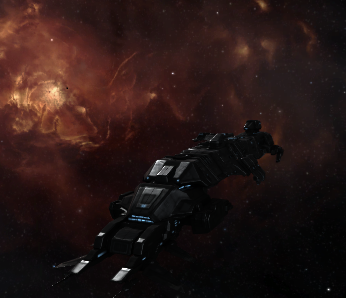 “Who wouldn’t want to fly you”
My trade character will join my Indy’s account. And I might train my industry alt so she can do some boosting. Seeing that when I’m out doing L4’s she’s not far behind, salvaging the wrecks.
After selling the alt, I started thinking about the Character Bazaar, and how much I like it, and I bet others do too. In no other MMO are you able to purchase characters with you ingame money, characters that are stronger, better than what you play with. If you’re not happy with your character, or you want another one in a certain field but don’t feel like training him/her since it will take too long, you just browse the bazaar for what you want and deposit some ISK for it.
One of my long term goals when I first started playing was that I wanted the ability to buy a character I wanted with the ISK I made.
But seeing that I trained him myself, I don’t need to do that anymore. And yet, I still have the option. If I want another high skilled industry character, I can buy him or her. If I want a trader with a few months of training, I can buy him or her too.
You just need the money for it. I love the “freedom” this gives you; don’t like your character? Just sell him.
Or if you had the problem like me, if you know that you won’t be playing him anymore, you can turn him over to someone else and make a nice amount of ISK from it too.
I probably sold him too cheap, I wanted a quick sales and I’m not known for my patience. But I just hope that the person who bought him, will use him. Unlike me
Goodbye old friend. We had a nice run.
Stay tuned o7