Actually, we did a thing.

In the last 7 days a few things were done within the corporation that made us, a little less active PvP wise.
We moved, going from C2 space into a C5 wormhole. Not only did we move but we also put up a Fortizar.

Let’s just say that putting up a Fortizar in wormhole space was an extremely boring EvE experience. But luckily we were able to keep ourselves entertained in other ways (Mostly by playing Rocket League).

When setting up a Fortizar you don’t want people to see something anchoring. You don’t want some random person seeing it and telling his friends so that they can come shoot it when it’s vulnerable and doesn’t have defences yet. Which meant that during the setup phase, you roll all incoming holes. Every single one, during the whole anchoring stage, the whole 24 hours it takes for you to set this thing up.

It’s as boring as it sounds, we didn’t get too much sleep.

But it was worth it, we have a Fortizar now, we can park capitals in there. 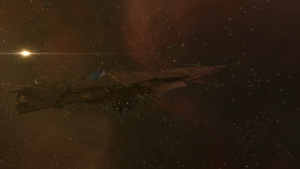 Which brings us to the other thing we did.
I have spent, way, but I mean way too much ISK on a new dread pilot.
Somewhere in September I created a pilot who’s only purpose in life is to fly a Rattlesnake and a Naglfar. I had injected about 10 injectors in him at the start so he could fly the Rattlesnake we used to run C5 with. After that I just started training slowly a dread. Unfortunately when the Rattlesnake fit changed, I wasn’t able to use it anymore due to cruise missiles and such. So that SP went to waste.

Cue us moving to higher class wormhole space. Living in a C5 means that the incoming static can have “Very Large” ships moving through it. In general that just means that from now on we can start using capitals and even Jump Freighters to move our stuff in. So I did a thing, bought about 40-50 more injectors, and now have a Naglfar pilot ready to go. 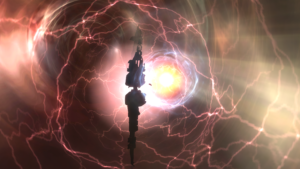 Never did a cyno either

Unfortunately, this also means that at this moment, my ISK worth is half of what it was a few weeks ago. I’ve been doing a bit of trading but I need to step up my game if I want to start earning ISK again.

Soon I’ll be able to use a Naglfar to run sites with. Or at least, I hope I will be able to make back the cost and then some before losing it.

At least I’m doing a few things and that’s what matters.