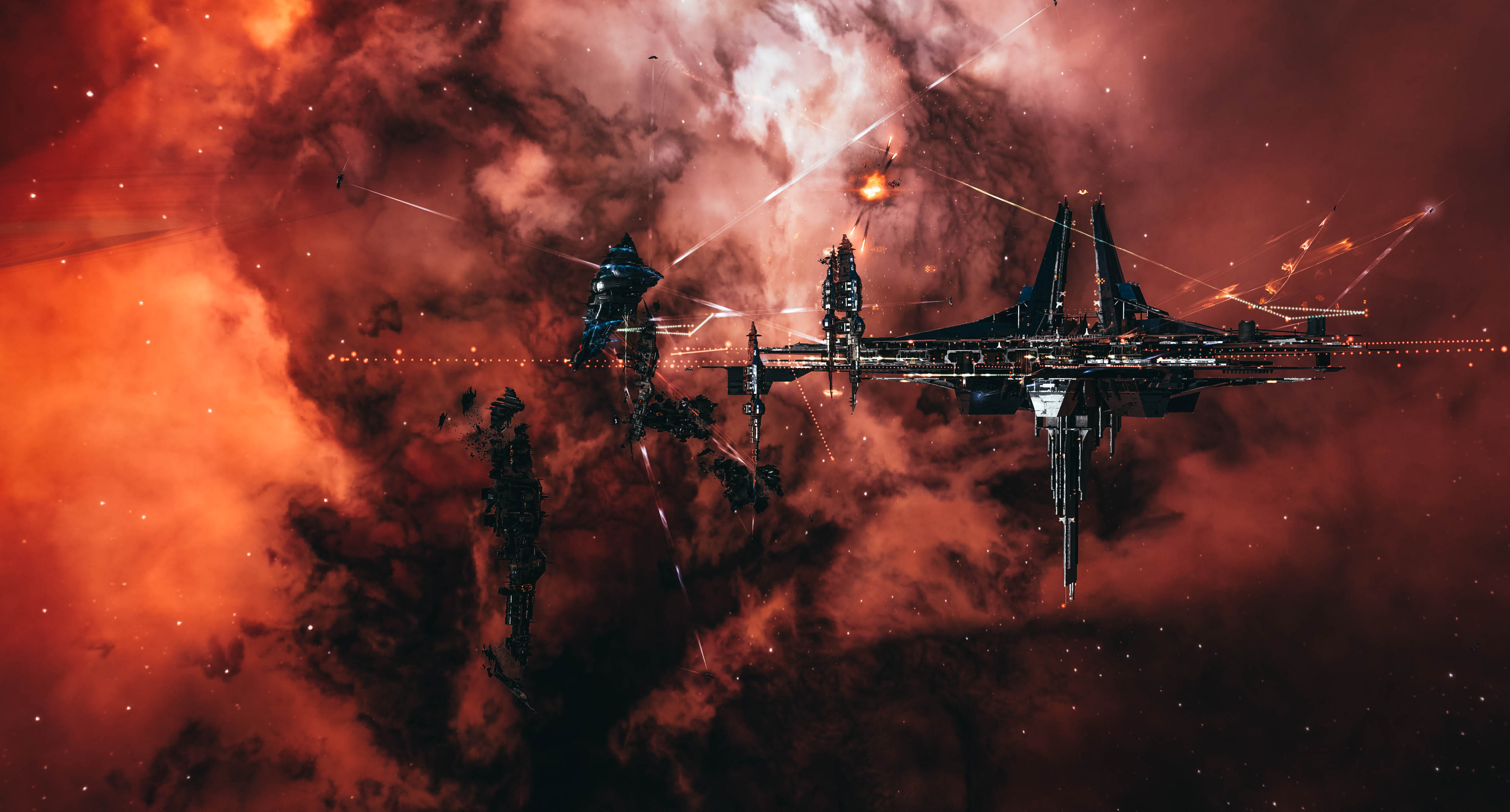 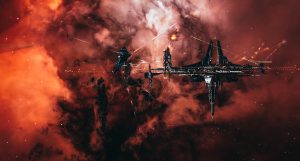 The best way to learn new things, is by doing them. You will not learn how to draw by reading about it, nor will you learn how to set up a Hyper-V server environment with multiple Virtual Machines in it and a full Active Directory structure by reading about it either.
But it helps.
Seeing that my corps is at war, and my first plan on taking out my Machariel and Noctis team went down the drain. I decided to go out to Low and Null sec with my Nemesis, in search of prey.
Let’s just say that I would not be a very good predator. The most I saw in local was 10 people, and I couldn’t find them anywhere. When I jumped to null I came across a few people talking in chat, and after a few jumps I found them parked outside a bubble in between two gates, but three against one isn’t what I would call good odds, nor would my bomb do more than maybe, just maybe scratch their paint.
So I decided that would not be a good idea to try. 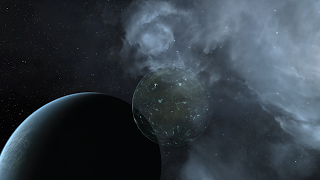 Oh hello there, what are you doing?
But I never shot a bomb, and I wanted to learn how they work, so I needed to find a spot to try it out on. After a few more jumps I came into a system with an ice belt. People love ice!
After jumping there, I saw a Skiff warp away, he must have seen me in local and figured I would be there to kill him, must be.. But I was in the belt, and I desperately wanted to shoot a bomb. So I lined up with one of the ice rocks, uncloaked, and watched my pretty bomb fly there. 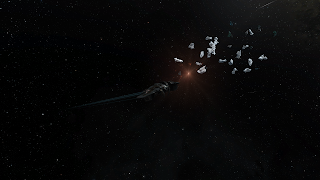 Oh shit oh shit, get out!
Which, according to most people, was more than likely my fifth mistake of the day.
After reading so much about bombing, I decided to forget everything in the “heat of the moment”. Due to me being impatient I just dropped it and kept looking. It will come to no surprise then, that I got hit by my own bomb, luckily, I survived. But only barely, it was right around the time that it exploded that I had decided to warp away. Leaving me there with my hull barely intact.
At least I learned something, and I did it by doing.


Later that evening I was told about the corp’s wormhole about to close. Having never seen a wormhole close, I decided that I wanted to see it happen, so I took the jumps to the high sec static, went inside and waited on the other side. Snuggling up in my pod and looking at the hole with my cloak on. 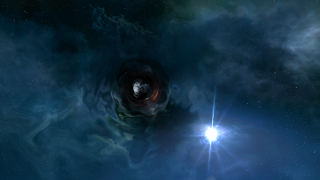 If I were high, I would have been staring at this for ages
While waiting for the high sec static to close, we were talking in corporation chat. A call went out for having the “balls” to go out to high and get back in. Seeing that the hole were to collapse any minute, and a bet was made.
I’m still not sure why, but said bet unleashed a little game of double your ISK. We hyper multiplied it, starting with 1isk, and then going 2,4,8,16,… unfortunately I had to call it at 128. I did not have the 402m that I could send to my fellow corps member. Probably a good thing because I doubt that he was able to go to 103billion.
It was a pretty fun Sunday, not only did I fly out in low, I hung out in a wormhole, watching it shimmer and everything. I do think we scared a newbie though. As we were talking there was a flash of the wormhole. And before I knew it there was a bubble up. 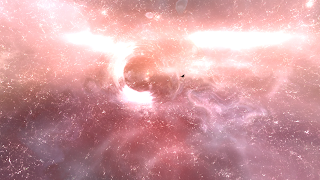 Oh gods! Something just blew up in my face!
That even made me jump for a bit because I did not see that coming. Said Cormorant had de-cloaked and probably did not think that would happen either because before you could say “Booh!” the wormhole flashed again.
Then again, if I see a Nemesis, Legion and an Onyx suddenly pop up, I’d be getting out too.
After the Cormorant left, one of us came back in a Myrmidon, you know, just in case. And I said something about not knowing how to bomb, so they told me how to do a run, and try it out on the Myrmidon 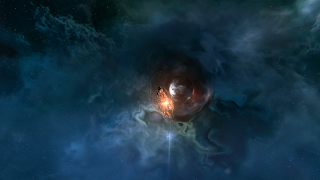 I didn’t even scratch the paint
I learned quite a bit today, and it was fun.
I didn’t see the wormhole close though, as I had to work in the morning, I decided to head back out to my high sec HQ. As soon as I docked there, I heard about the hole closing, and it was wonderful.
Oh well, there will always be a next time.
Stay tuned o7