Yesterday was a fun day on EvE. Not only did I receive a few evemails about joining WH corps, I also tried out something new.
Let’s talk about that first. What did I do? Well in a spur of the moment I decided to try and get the last Interbus Custom Office in our system down. I was checking my planets and saw that most offices had already been shutdown except for one. So I asked people in the channel I chat in if they were up to it and after about 20 minutes of me going to Jita in 3 accounts and buying a few “glass cannons” we were ready to start.
Seeing that I didn’t actually know what to use to destroy the POCO and I thought that you might get a suspect flag (can you tell that I haven’t read up on this?) I decided on two hurricanes. Neither of them doing that much damage, one was at 750dps, the other 540dps. The lower DPS one wasn’t able to use T2 turrets so that was why it was a bit lower.
The third account is a newbie 1 month old one that was flying a drake with 150dps.
Suffice to say, what I had was not nearly enough to take it down. Luckily I have people who sort of like me enough to come and help me. 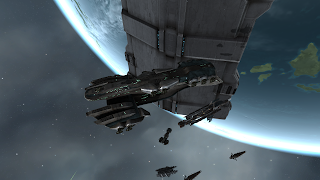 Hey guys, when did we get shadows?
Seeing that we’re all noobs one way or the other, our DPS total was about 3-4k across 6 characters.
While we were shooting at the Office my Industrial character was slowly making her way to Jita in an Orca to buy a gantry and the necessary upgrade items.
When I got back to our home system we were at about 40% shield left. So I did what any person would do. I let my Orca drones fly out. That’s right, we have an orca on our Interbus kill mail! 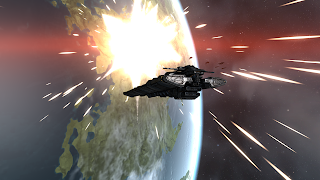 I’d have laughed if the Orca had the final blow
It took awhile, but I’m pretty happy with the fact that our corporation is currently the proud owner of a POCO. I have no idea how long it will take but I like it because we did something new, and as a group. It was fun. 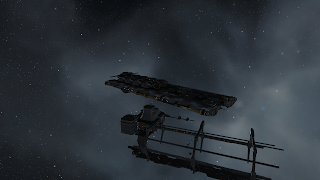 Yay, building things!
While all of this was going on I was looking at the wormhole mails I got and talking to one in particular. This guy turned out to be fun to talk to and I was planning on sending my application right after we were done with what we were doing.
Unfortunately, this person’s patience level wasn’t very high. Seeing that I was busy on 4 accounts at the same time I didn’t look at my main’s chat window a lot. After a few minutes he started to tell me that I should quit my corporation immediately and apply to his. I told him I was a bit busy and he kept telling me I should quit and that he’s waiting for my application.
Suffice to say that I reversed my earlier thoughts on him being a nice guy. Which means that I’m still looking out for a corporation to join. My forum post doesn’t seem to be too popular. I guess nobody wants someone with +30m SP but absolutely no idea what he’s doing.
I will need myself a babysitter in W-space.
Stay tuned o7